They Wept, I Wept, We All Wept Together

When I finished I packed up my guitar and started for my car. Though my head hung low, my heart was full. 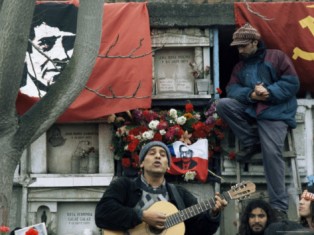 Playing Guitar at the Homeless Gravesite

My friend Dave Morris – aka Mr. Skin lives the best of both worlds. In the wintertime he plays with his band or solo on the Caribbean Island of St.Martin and as soon as the summer temperatures start moving tropical storms towards the Caribbean, he jumps over to the French Riviera and the Provence and plays some more. A bit of a francophile Brit from Birmingham (and a soccer fanatic) much like our own Fernandina’s Karl Davis is a francophile American.

A couple of days ago Dave put a story on his Facebook page I would like to share with you; simply because it made me laugh out loud, and not much does that any more these days.

Here is Dave in his own words:

As a guitarist, I play many gigs. Recently I was asked by a funeral director to play at a graveside service for a homeless man. He had no family or friends, so the service was to be at a pauper’s cemetery in the back country. As I was not familiar with the backwoods, I got lost.

I finally arrived an hour late and saw the funeral guy had evidently gone and the hearse was nowhere in sight. There were only the diggers and crew left and they were eating lunch.

I felt badly and apologized to the men for being late. I went to the side of the grave and looked down and the vault lid was already in place. I didn’t know what else to do, so I started to play.

The workers put down their lunches and began to gather around. I played out my heart and soul for this man with no family and friends. I played like I’ve never played before for this homeless man.

And as I played ‘Amazing Grace,’ the workers began to weep. They wept, I wept, we all wept together. When I finished I packed up my guitar and started for my car. Though my head hung low, my heart was full.

As I opened the door to my car, I heard one of the workers say, “I never seen nothin’ like that before and I’ve been putting in septic tanks for twenty years.”