The Film Festival Awards are piling up for this coming of age, hipster road trip, co-written by Joel Russo and Tim Driscoll. 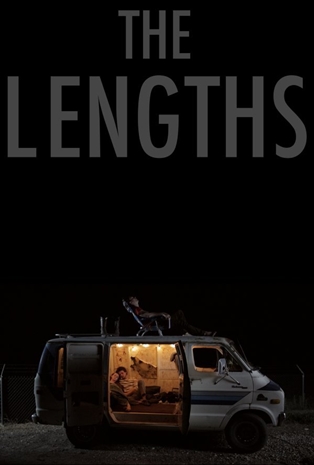 Tim Driscoll will be in attendance at the 2016 Rendezvous Film Festival with his full length feature film, The Lengths. If you can only take in one film at this year’s festival, this may be the film to see.

Tim is the co-writer, director, and producer of the film. Born and raised in Jacksonville, he attended Florida State University’s College of Motion Picture, Television and Recording Arts. Driscoll will stick around for a Q & A session after the 5:30 p.m. screening of the film on Friday, June 3, at the Amelia Island Museum of History.

The Film Festival Awards are piling up for this coming of age, hipster road trip, co-written by Joel Russo, and featuring Tim’s brother, Cory Driscoll as Tom; Joshua Mikel as Charlie; and Corsica Wilson as Hannah.

When Tom receives a wedding invitation from his ex-girlfriend, Lily, with a hand written, “Save Me” message scrawled in the corner, his homeless and jobless best friend Charlie encourages the road trip, where they pick up hitch-hiking Hannah along the way.

Interesting is the fact The Lengths was crowd funded through Kickstarter, and additional funding was raised in Jacksonville at the inaugural One Spark.

Shot is just 28 days, across six states, with a crew of eight, and a principal cast of three – this film features a number of local businesses and talent.

For more information about the Rendezvous Festival, please visit: www.rendezvousfestival.org/.