Fernandina City Hall is about as efficient as a 'Mobile Park Home Owner's Association'. 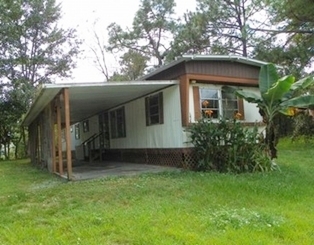 In a recent comment to my blog (www.davescottblog.com) city resident and tax payer Bill Kremler asks some interesting questions about the $8,000 the Fernandina Beach City Commissioners gave to local gadfly Lynn Williams for a Water Injection Dredging (WID) project saying:

“Are we, as tax payers supposed to pay for equipment that Lynn Williams allegedly purchased to do a job that he was hired for? And also are we to pay for his travel expenses, to where, may I ask!! And are the items which were purchased (pump, valves, and gauges), now the property of the city of Fernandina Beach or will they remain with the contractor? My point is this, when a contractor is hired, doesn’t he bring along the tools to do the job.””

Mr. Kremler makes some valid points as I’ve never expected to pay for a contractor’s tools or travel expenses for work they do on my house or car. But the city agreed in a document signed May 15, 2013 that materials purchased will remain the property of Williams and David Cook. How come, since the tax payers paid for them?

If this $8,000 Water Injection Dredging (WID) idea has drawn critical local media attention and angst among his supportive Curly, Larry and Moe trio of city commissioners it should set off alarm bells about what else might be going on with our tax dollars down at city hall on a much larger scale.

I’m sure that Lynn Williams is indeed a fine person with good intentions; however, I also believe that this “water injection dredging” concept or “the miracle mud machine” as I’ve heard others refer to it, is all wet for a variety of reasons and here’s why:

In a memorandum of understanding (MOU) signed by the City Manager Joe Gerrity, City Attorney Tammi Bach, Williams, and David Cook it says in item number 3 that “Williams and Cook agree to provide a prototype equipment suitable for test and demonstration of WID” and in item 4 Williams and Cook agreed that they will deliver a report with photographs describing the apparatus, test work and results at the conclusion of their work. That was well over a year ago.

They must not be anywhere near close to completion because nothing has been photographed or reported to date and when Williams was asked for an accounting by Mayor Ed Boner last month, he became testy and the Curly, Larry and Moe trio of commissioners supported his lack of activity, with one, Pat Gass, falling all over herself apologizing for the mayor’s inquiry. What’s up with that?

What happened to the $30,000 worth of dredging studies conducted by Advanced Technology Management (ATM) that was submitted in November 2011 that included a Water Injection Dredging solution? And why didn’t the city hire a company adequately staffed and qualified in WID operations instead of the Williams one-man-show?

Why did the city have to pay for a $250 permit to the Florida Department of Environmental Protection for the WID project modifications this past March? Why didn’t that come out of the $8,000 given to Williams?

Why did Mr. Gerrity in a May 15, 2014 memo to Beverlee Lawrence of the Army Corps of Engineers in response to her inquiries on the WID project say, “We want to avoid costs and time in responding to a request for public notice?”

From everything I’ve seen the only activity that’s taken place to date is Mr. Williams showing a promotional video of a Dutch firm’s WID capabilities at a commission meeting last month and signing a check made out to him and depositing it in his personal bank account on May 31, 2013. With the exception of Mayor Boner and Johnny Miller, the other three city commissioners have only criticized those that question the city’s funding of this project who are asking Mr. Williams to account for the tax money he received.

And since the city insurer’s risk management authority said the WID experiment should not be conducted on city property due to liability issues, where is David Cook in all of this? His property south of the city’s marina was supposed to be the site of the test, and he signed the MOU, but he has been suspiciously quiet and no recent correspondence I’ve seen includes him. If Mr. Cook’s property isn’t involved where will this WID test take place?

Local attorney Clinch Kavanaugh interestingly and colorfully described this situation when he told me that the current chaotic city management resembles a cross between “a Criminal Enterprise and a Mobile Park Home Owner’s Association.”

Folks, you need to attend some of these city commission meetings to track the use of your tax money, ask questions, and then vote in the November local elections for those you think will be the best stewards of your cash. From what I’ve seen it is not the Curly, Larry and Moe trio currently Nyuking it up at city hall.

But This Group Deserves A Medal: One city organization that works like a well oiled machine is the Fernandina Fire Department under Chief Jason Higginbotham, which I credit along with my wife, Linda, for saving my life when I suffered a stroke last August 11. This professional group of no-nonsense responders were inside our house about two minutes after I hit the floor and Linda called 911, and they had me hooked up to a variety of devices and on the way the Jacksonville’s Baptist General’s emergency room and its stroke victim ICU, which they were in constant communications with from the ambulance. But the other day I wondered out loud to Commissioner Johnny Miller why both an ambulance and fire truck responded and he posed that question to Chief Higginbotham, who said there are a variety of very good reasons; including the fact they never really know what they may face when responding to an emergency. For example, they could be up against anything from a HazMat incident to a high angle and confined space rope rescue with broken bones, even with a stroke or heart attack victim. If, like me, you need these folks in a hurry you won’t care if they bring along a platoon of Navy Seals and the Radio City Rockets, because they know what they are doing and they are the most polite and proficient city employees I’’ve dealt with anywhere I’ve ever lived and that covers a lot of territory. So, if you see an emergency vehicle with its lights flashing near you pull over and be thankful we have such an expert staff available to serve us. This is tax money well spent and I don’t begrudge a dime of it, in fact these people are probably under paid.

(Dave Scott is a resident of Fernandina Beach, writes a weekly blog www.davescottblog.com, and can be reached at davidnscott@bellsouth.net)