Trying to Sell a Small Business?

Even though the SBA has made it "easier" for small businesses to get loans, the same rules apply, luck shines only on those who are properly prepared. 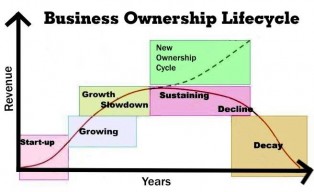 Applying the Bell Curve to the desire to sell

In a follow up to my essay a couple of days ago on the new “boom” that seems to be going around in America, in spite of last week’s sell out on Wall Street I may add, I have been talking with several people in the community that have been thinking of selling their companies just to find out that there are few to no takers. Like anyone with a forty year track record of entrepreneurship can tell you, the saddest lament of entrepreneurs and owners of private companies seeking to sell and exit their companies is that they want their businesses to be valued on their future potential, and not its CURRENT profitability.

Given that the typical, offered purchase multiples for smaller businesses – as in those with less than $5 million in earnings – can be as low as 1 or 2 times last year’s tax return profits, this feeling is understandable. For years they nourished the company like their baby, to find out that more often than not purchase offers these days are based on multiples of MONTHLY earnings – not exactly the “happily ever after” exit dreamed of when these businesses were founded!

Yes, getting a business valued and sold based on factors other than its earnings, while by no means impossible nor uncommon, is HARD.   The lucky ones that do so – and there are still hundreds of businesses every month that sell for very high multiples of profitability, for multiples of revenue, and even companies that are in a pre-revenue stage that sell every day just on the value of their technology, their people, and their work processes – focus laser-like on six rules:

1. They Are ALL Technology Rich.

Companies rich in proprietary technology in all its forms – patents, processes, and people – are far more likely to be valued on factors other than profitability and correspondingly attain purchase prices beyond a few times current year’s earnings.  As an example, the likelihood of a medical device company being sold or taken public is twenty times greater than that for a services – or a low-to-no proprietary technology company.  Quite simply, Technology remains THE golden buzzword – it is exportable as the new Made in America symbol. Whatever your company does, ignoring technology is at your peril.

2. There is the Pot with Gold at the End of their Rainbows.

Businesses that sell for high multiples communicate exciting future, profitable growth.  Their managers demonstrate deep understanding of the big 21st century “macros” – technology and globalization – and how these meta-changes will impact positively and negatively their industry, market, customers, and competition.  Yet, these managers communicate the micros well too, especially how their business’ human capital is going to adapt and grow as change happens.

All this translates into well-developed strategies that if their businesses aren’t making it now, there is gold at the end of their rainbows.

3. These companies Are Great Places to Work.

Businesses that sell are usually characterized by that good stuff that we all seek in our professional environments.  They are culturally cohesive. They usually enjoy low employee turnover, because of well defined career progression paths. And their compensation policies, align pay well with desired performance.   Quite simply, they are great places to work and are reputationally strong within their industries. Just check out LinkedIn and you’ll get a deep understanding of how it works in this decade of the 21st Century

4.The Structure of their organization is Process, not People Dependent.

Businesses that are overly dependent on charismatic owners or a few dynamic salespeople or engineers rarely sell because the majority of their value may simply walk out the door tomorrow and never come back.  This is the state of affairs at most startups and small businesses and why of course the vast majority of them are unsellable.   Ergo: those entrepreneurs that harbor the desire to sell but not the ambition to build a meaningfully sized organization, should focus their exit planning almost exclusively on technology and intellectual property development or recruit their sales opportunity from within the organization.

5. All these organizations Have Good Advisors.

Businesses that do everything right but have messy financial statements because of poor accounting, messy corporate records because of poor or non-existent legal counsel, and messy “future stories” because of poor business and marketing plans and strategies lacking exit planning, simply do not sell.   Sure, they may get offers, but invariably these deals fall apart in due diligence and at closing. And as anyone that has ever been through a substantial business sale process knows, almost nothing in business is as time and energy-draining as is getting close to a business sale and getting the door slammed shut before conclusion of the deal.

6. Oh yes and they get Lucky. Luck remains a fundamental and often dominant factor that separates the businesses that successfully sell from those that don’t. The best entrepreneurs and executives don’t get philosophical nor discouraged by this but rather they embrace it.  They try new things. They follow hunches. They make connections.  They start from the pre-supposition of “accepting all offers” and work backward from there.  They and their companies can be best described as “happy warriors” – modern day action heroes ready for the fight. When they get knocked down, they smile, wipe their brow, and get right back in the game.

And you know what? Our happy warriors, living and thinking and working like this day after day, channel some mystical power and aura and draw great luck and more to themselves and their companies.

Yes, companies that sell are the good and lucky ones, because luck shines on those who are ready and prepared.