Tuesdays are for Travel Updates

Besides hi-tech and experienced travel sellers, the travel industry sees trends for improvement in occupancy and value. Travel sellers are finding their market niche in value offerings. 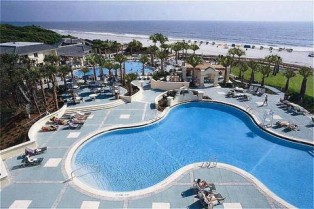 Beach Club and Hotels are coming back

It seems that all my travel information subscriptions hit my inboxes on Tuesday. Travel Weekly, Travel Mole, Travel Zone and even Travel Market Report, which today treated me to an interesting story that originates here at the Travel Agency on Amelia Island. The story was headlined: Travel Seller Profile – Putting a Price on Value.

Ever since airlines started cutting out commissions to the travel agent, who was essentially not much more than an order taker, the question has been: are travel agents a dying breed when cruise companies are going to do the same? Ange Wallace and her group of Travel Sellers were not going to go away laying down and as this article states are one of the industry leaders in putting proper value to their services with a full fee menu.
The article is linked under http://www.travelmarketreport.com/retail?articleID=4274&LP=1 and is entrepreneurial and gutsy in its approach, as it is always a risk to be the first one to come with answers to the realities of the future. What Virgin Chief Richard Branson once stated about change and economy is what Ange and Angela Wallace and her staff of Ya Ya Sisterhood women put into practice: It’s important to keep innovating and renewing yourself.

Visiting the US
If you’re planning a trip to the US, you will have to pay a new travel fee that started September 8.  Travelers from 36 nations in the Visa Waiver program will be required to pay US$14 to register through the Electronic System for Travel Authorization, or ESTA, required for travelers using the Visa Waiver Program. Here comes the “beauty” as four of the $14 will cover ESTA operating costs and $10 will go toward promoting the United States as a tourist destination, according to insiders.  Steve Lott, a spokesperson for IATA compares it to not only charging friends at the door a fee for dinner access, but also the nuisance of having to fill out an acceptance form prior to coming to your house.” Let’s see how many friends we would have left after that exercise of disrespect.
I agree that if the idea would have been to to increase tourism to the United States, raising the entry fee would be the last thing we would expect. A bit more effort should be made to improve the cumbersome  and downright frightening entry process instead.
But Obama signed the Travel Promotion Act in March and now we can expect another drop in arrivals.   The United States welcomed 633,000 fewer overseas visitors in 2008 than in 2000, despite strong global growth in long-haul international travel during that period, according to figures from the U.S. Department of Commerce.
Yet, the US Travel Association doesn’t expect the fee to have a negative effect on visitation?! Economic consulting firm Oxford Economics even estimates that a well-executed promotional program would draw 1.6 million new international visitors annually. Anyone who can explain this logic to me deserves the presidency and sit at the horn of plenty.

Social media make growing sales impact in Travel
No matter what type of travel you’re booking, you can expect to see more implications of social media.
Airlines are maintaining a presence on YouTube and offering deals through social-mapping networks. Hotels are promoting their properties through bloggers and they’re using social-networking sites to gather feedback, monitor trends and provide concierge services. Does this mean a permanent change in how people travel?
Industry experts are of the opinion that social media are about to change the way we do things entirely. Corporations use it to admit it if they’ve made a mistake and airlines if there’s a weather delay. Communicating faster and more effectively is what gets
social media incorporated at a rapid rate into every part of a journey. That can range from where to eat to finding and buying airline tickets.
An important goal of the business model is staking a claim in the social-media space to build a base of loyal followers who will keep coming back.

In another hi-tech turn it has now been confirmed that what hotel guests want most, is free Wi-Fi.
A comfortable room and a hot breakfast are fine but what most hotel guests want is much more technology-oriented: free Wi-Fi, so says J. D. Power & Associates in a survey of 53,000 travelers.  And guess what? That preference was shared by both luxury and budget travelers. The survey also found that the most expensive hotels were the least likely to offer free Wi-Fi, or even offer it. The survey claimed that of guests staying at mid-scale hotels, 96 percent said they got free Wi-Fi, as did 64 percent of guests at budget hotels. Hotels are definitely beginning to feel more pressure to offer the service free of charge, as do many coffee shops and restaurants including Starbucks and McDonald’s. Most interesting is actually that not having Wi-Fi at all, is a quick way out of business these days.
And then there is of course the trend towards boutique hotels.

Lifestyle Hotels
The future of hotels is in boutique hotels as was confirmed by Marriott International Inc. now that the largest US hotelier by value has joined nearly all top hotel companies in saying that boutique or lifestyle brands are where visitors are expected to stay.  Marriott plans to open its first Edition hotel in Waikiki Beach this October and is interested in getting into the market as fast as and with as many as we can, according to Marriott Chief Executive J.W. “Bill” Marriott.
Nearly all top hotel companies including Starwood, Hyatt and Intercontinental are unveiling or expanding boutique concepts, which allows as much as 12% surcharge over other hotels of similar quality.
So just what is the charm of the “boutique” hotel? It’s the heightened experience and individuality, according to trend watchers, it’s really about how it feels to the individual, adding that it is difficult to duplicate or even define it. Such hotels can range from around 100 rooms to 1,000 and from two-star to five.  To get an idea of the numbers, as of the first quarter of 2010, there were 390 lifestyle hotels run by lodging companies in the US, while about 100 boutique hotels have opened or are set to open in 2010 and 2011.

The Recovery of Meetings and the trend towards Pubs
Our local EABC (European American Business Club) is not alone in its selection of Pubs as a meeting place. Tonight’s meeting is at o’Kane’s on Center Street, starting at 6pm. The Amelia Island Business Club meets in a Pub/Restaurant as well. Will your next meeting be in a pub too? Cost-conscious event planners are increasingly looking for money-saving venues that include ordinary-looking pubs and this could mean that the traditional hotels and their conference centers are threatened in one way or the other.
More and more hotels are now booking smart pub-type venues for meetings because they are seen as a viable ‘no-frills’ option and
the overriding reason is that pubs can offer the same services as hotels at a lower price. Often free back rooms can substitute for more expensive hotel meeting venues.
There is clearly a move away from the top end of the four star [hotel] market. People will avoid residential meetings if they can, and found that a hotel is suddenly not the only option available.

On the other hand however there is SMERF to the rescue.
This acronym for Social, Military, Educational, Religious and Fraternal, indicates a growing market segment for the sales of banqueting rooms and meeting facilities and industry experts says that the Beach is Back in favor.
Meeting business at ocean side properties, in common with upscale resorts sometimes associated with lavish spending in tough times, are getting out of the deep freeze for a gradual warming up and one outcome of the improved market is that coastal properties are again investing in facilities for groups, hence Omni’s interest in expanding the Ball Room facilities at Amelia Island Plantation with 16,000 square feet.  And incentives are also being added for groups with hotels offering the group market a variety of incentives like credits on food and beverage, special spa services and packaging deals. Some resorts are seeing more association and SMERF business since lowering their rates and positioning themselves as bargains compared to other destinations, while corporate is still holding back cautiously.
Even though the longer term outlook for coastal resorts looks good, it may take up to 18 months or so for the market to absorb supply.