The City of Fernandina Beach announced in a press release that its compliance work in Fema's CRS has resulted in improved discounts of flood insurance premiums. 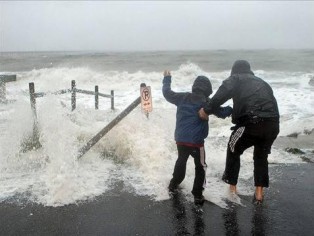 Category 6 with 1 Being Best seems a bit mediocre.

Twenty percent premium reduction out of 45% reduction possible, is that good?

The City of Fernandina Beach stated in a press release that it is pleased to announce that due to improved floodplain management practices, flood insurance premiums in the City are now eligible for an increased discount. These discounts are available because of the City’s participation in the Community Rating System (CRS).

For over 10 years, (actually according to FEMA since 1992 – ed.) Fernandina Beach has participated in the Community Rating System of the National Flood Insurance Program (NFIP).  Standard homeowner and commercial property insurance policies do not cover flood losses, so the Federal Emergency Management Agency administers the NFIP to meet a vital coverage need. It offers federally backed insurance for people in communities that comply with guidelines for floodplain management.

Participating in the CRS program is voluntary and measures a community’s flood management and preparedness. Points are achieved based on different metrics, and based on points, a community is given a class rating on a scale of 1 to 10. Class ratings equal a percentage discount that citizens can get on their NFIP insurance premiums; the lower the rating, the higher the discount. Because the City improved flood management practices during the last review period, the City’s rating went from Class 7 to Class 6, which means another 5% discount for residents on their flood insurance. Residents of the City of Fernandina Beach will now see a 20% discount automatically applied to their annual premium.

As so often a closer look at the details shows that “rewards for efforts”, turns out to be a double edged sword, as it begs for an answer to the question why not Class 1 with a 45% discount after participating in the program for 21 years. After all FB entered the program in 1992, enough time to shoot for the crown, I would think. Class 6 seems a bit mediocre or should we just be happy to qualify at all? 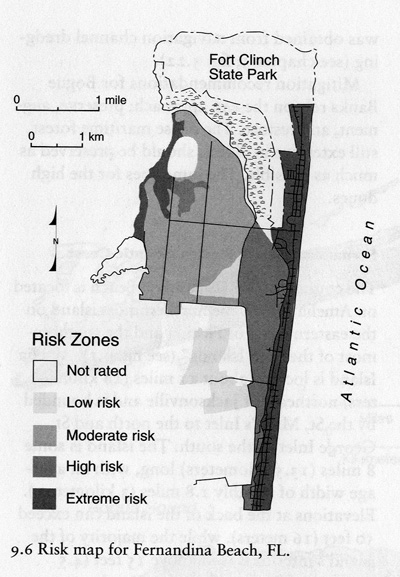 For CRS participating communities, flood insurance premium rates are discounted in increments of 5% (i.e., a Class 1 community would receive a 45% premium discount, while a Class 9 community would receive a 5% discount (a Class 10 is not participating in the CRS and receives no discount)). The CRS classes for local communities are based on 18 creditable activities, organized under four categories:

My question would therefore be: What Now? I know we won’t survive a direct tsunami hit, but what else can be done to improve preparedness?

Digging a bit deeper into the information available, it turns out that with a few Florida exceptions ranking at 5, most cities and communities in this state reside in the lower spectrum of the 1 to 10 scale and an even closer inspection shows that nationwide only Tulsa OK and a few counties in the state of Washington qualify for a number 2 ranking or 40% discount, while few to none communities in the nation score a 3 or 4.

Delving into this FEMA program I spent a couple of hours I didn’t have, and dug deep into Fema’s CRS programs and now I wonder if Ron Paul was not correct when he said he would do away with that organization, because it has absolutely no valuable contribution to Life in America… and their website seems to have the Federal Government disease of too many links leading nowhere. Just saying….

For more information, please call the City of Fernandina Beach Floodplain Manager and Building Official, Bob Sasser, at 904-310-3135 or email him at rsasser@fbfl.org. For information on the Community Rating System, visit https://www.fema.gov/national-flood-insurance-program-community-rating-system, and for flood safety information, visit www.floodsmart.gov and www.fbfl.us/flood