You are invited to attend the showing of two classic French films presented by the Amelia Island Film Society. 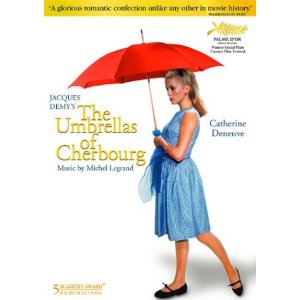 You are invited by the Mouth of Amelia to attend the showing of two classic French films presented by the Amelia Island Film Society.

WHEN:
Friday, July 22
7:00 pm Young Girls of Rocheforte
9:30 pm The Umbrellas of Cherbourg

WHAT: Amelia Island Film Society presents two of Jacques Demy’s 1960s films with French star Catherine Deneuve in “The Umbrellas of Cherbourg” (1964) and “The Young Girls of Rochefort” (1967), with music by Michel LeGrand. “Umbrellas” was nominated for 5 Academy Awards.

“The Young Girls of Rochefort” features Gene Kelly, George Chakiris and Françoise Dorléac, the older sister of Catherine Deneuve, who was killed in a car accident during the production of this film. Both films will be shown on each day to the public.

COST: General Public Tickets $10; AIFS Members $8 and advanced sales at both Books Plus and The Book Loft stores on Centre Street.

FOR FURTHER INFORMATION: In addition, advanced ticket purchases by credit card can be made by calling 904-624-1145 or online at www.aifsociety.org. Tickets, if available, may be purchased at the door at the Theatre before each screening.