Two Expats, a Native and a Bottle of El Jimador 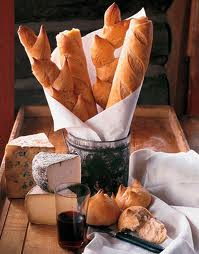 A couple of days ago our good friend Philippe Boets, the man behind Petanque America and the Annual Tournament in Downtown,  came over to our house to show me what needed to be done to get my Christmas Gift underway: a Pétanque Court in the Backyard.

For the occasion we introduced him to the most organic Happy Hour Drink we know, El Jimador Tequila, as he proclaimed to never have tasted it. As is usual during our get-togethers our conversations cover Amelia Island, Fernandina Beach and from there the world. This night we ended up talking about the “old” country versus the “new” country and some involuntary comparisons always come out. As I am deeply involved in the organization of the Amelia Island Blues Festival our conversation went to the Annual Fête de la Music, a huge global music festival that started in 1982 in France and has now spread to more than 100 countries around the globe. We think huge after a couple of shots.

The Fête de la Music was first held on June 21, 1982, the day of summer solstice, a pagan night which recalls the ancient tradition of Saint John’s feasts.  Now mind you, this story is not about music, but from music it is an easy step for us to get to food and when we brought out the extra aged Dutch Cheese to complement our Tequila, the ensuing conversation planted a story to my mind. In educated, exposed opinions, food quality in the US in general, has been historically low due to a few major corporations who control the food supply with little care about quality and too much focus on price.

Although there is some truth to that assessment, in my opinion however, the American consumer is to be blamed to a large degree, even though I also believe that consumers these days are pushing for better and… are showing a willingness to pay for better.

Historically Americans in general simply don’t value quality food, at least not enough to pay extra. And yes of course I am generalizing here. Compared however to European countries, the quality of basic staples is often worlds apart.

Take for example the fresh bakery on any block in Paris, Milan, Madrid, Brussels or my hometown of Heerlen easily makes better breads than any bakery in Jacksonville, Orlando or Atlanta. As my recollection goes I only found comparable in San Francisco and New York.
Here on island I cannot get a real Baguette, although some stores and restaurants are slowly getting closer to the formula.

Two minutes from my house in little French St.Martin however I can get a couple of “sticks” for 80 cents a piece, put some Dutch Cheese on it and wake up in Heaven. Furthermore, at almost any corner, I can buy coffees to die for. Then there’s the superior-quality milk. What we refer to as organic milk in the U.S. is just “milk” over in Europe,where you can’t find the poor quality of milk sold in the U.S. supermarkets, even if you tried. And my apologies that I’m not going to get into the salamis, deli meats, and vegetables available.

These aren’t food specialties with a special place in my heart, but rather items that any person can appreciate – milk, bread, coffee, etc. There’s something very strange going on here. How can people in a country with a much lower standard of living (St.Martin) than the U.S., be eating better in many ways? It’s seems too convenient to immediately blame the big corporations like the movie Food Inc. does, but I think it is because the European system is very much based around small vendors. It’s the local bakery on the corner, the farmers’ markets; it’s the neighborhood butcher and the tiny café with the best coffee made fresh every 30 minutes. Small business supports this way of life and the consumers support them. Small communities support small business. Sounds familiar, doesn’t it. That’s why I’m such a big fan of keeping Amelia Island local. Support the local small business and quality is mostly guaranteed.

But of course this comes with a price in both time and money. It’s easier to grab some sliced Wonder”bread” from a grocery store shelf than to make a special trip to the bakery shop. Even without a price difference, there’s a higher cost there. But it’s a cost that many Europeans are willing to pay. And when you’re willing to pay this price, wonderful neighborhood bakeries will exist. In Europe the pull toward the big box grocery store model started at least 40 years ago, but somehow there is a balance kept between the two models, likely because the cities are older and kind of set in their architectural ways, leaving lots of space for small businesses to deliver quality. 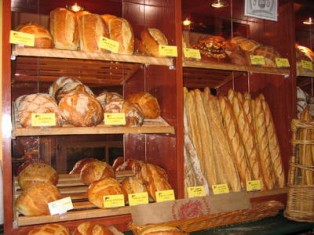 Now that is what I'm talking about

I do think that America is slowly turning European as far as its food tastes go. It’s impossible to ignore the recent success of businesses such as Whole Foods and Starbucks Coffee, or even the opening of the Mustard Café at the Nassau Health Store. The consumer is becoming more concerned about quality and health, not just the price. Even Walmart sells organic milk now. (On a side note, I consider organic milk to be the gateway drug to organic food. If you haven’t tried it yet, do so). Forget for a minute the Lactose intolerancy or the supposed negative health implications and drink liquid whipped cream. Woohoo. The Dutch are famous for their milk cows and dairy and yet recent surveys have found them to be the tallest, yet healthiest people in the world. The only common denominator is milk products!

So we are on the right track here in America, however, consumer sentiment still has a long way to go. A lot of my friends love organic food but complain that they can’t afford it. Well to be brutally honest, that isn’t true for most of them. They can afford it, but they don’t value the food enough to spend the money. I can’t afford a Maserati or Bugatti at the moment, but if I choose not to buy one of those cars this year, and instead drive my bike on this gorgeous island, I can easily afford to eat much better for a long long time.

It’s of course a matter of personal preference.

Folks like my grandparents would rather have a three-year supply of fresh tomatoes than a giant TV. I get my aged Dutch cheese from iGourmet, because without it my Tequila is somehow a bit harsher and I don’t have the pleasure of seeing people close their eyes in pure ecstacy after just a small taste. People in Europe drive average small cars, because the gasoline is $6-$7 dollars a gallon. They need money in their budget to live life to the fullest and because of that, a car has become a tool. That’s just the lifestyle they’re accustomed to.

Sure, at first, I thought the whole organic food movement was simply an “alternative soul” niche market. But it’s really catching on for reasons that have nothing to do with the environment and everything with lifestyle changes. Now that the trend has started, I don’t think it will stop. And that is a good thing.

Uh Philippe, “how did I end up with this story instead of a story about the upcoming Blues Festival?”  Guess it was El Jimador, a name given to the experienced Mexican farmer who selects and cultivates the legendary and unique Blue Agave; the man whose perfect blend of experience and basic instinct commands respect for these plants, whose knowing eyes identify those, which after ten years of cultivation, have reached maturity, and whose strength and skilled management of his tools, bring the finest specimens to harvest.

And that is almost poetry without a hangover.