Update on Burglary at Vintage Vendors

Richmond, VA, detectives contacted Fernandina Police and supplied photos of property that were identified as items in the burglary of June 11th at Vintage Vendors. 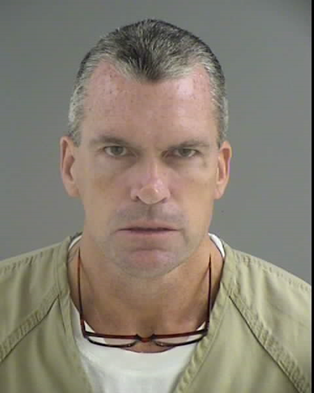 Fernandina Beach, FL – On June 17th it was determined that the burglary case in St. John’s County was directly related to this incident, as the witnesses from Vintage Vendors positively identified photographs of the property stolen from St. Augustine as being the same property the suspect was attempting to sell in Fernandina Beach. The employees at the Vintage Vendors were also able to describe the suspect’s vehicle as an older model Dodge Durango with a Colorado tag.

A suspect, Todd Allen Young, was recently arrested while driving a Dodge Durango with a stolen tag in Richmond, Virginia for selling items related to the Vintage Vendors burglary case. Richmond Police executed two search warrants for his truck and a U-Haul trailer. In those vehicles were items related to several Virginia area burglaries as well as some items identified with a Fernandina Beach, FL address. The Richmond PD detectives contacted our agency and supplied photos of the stolen property and the owners of the property were able to identify 25 items as belonging to them and lost in the burglary of June 11th at Vintage Vendors.

Fernandina Beach Detectives traveled to Richmond and collected the items as evidence in this case. Additionally, blood evidence from the Vintage Vendors burglary resulted in a DNA hit that confirmed, at a minimum, that Todd Allen Young was present during this burglary. Additional charges of Burglary and Grand theft are pending. Young is a known habitual criminal in Colorado and has a previous arrest history which includes aggravated robbery, robbery, grand theft, weapons charges, drugs, dealing in stolen property, and escape.