US Treasury Admits to Lying

When our elected representatives and their appointed officials believe we need to be manipulated, they rationalize their lies based on whether they think we need them at the time. 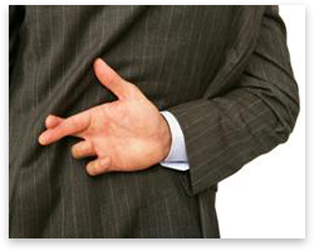 Lying in the hope that there will be mitigating circumstances

If you or anyone you know still believes the government (or the media) tell us only the truth, please pass them this direct admission that lying is a primary strategic device for so-called ‚Äúauthority figures‚Äù. The Treasury Department said that any review of [patently misleading and false] announcements last year “must be considered in light of the unprecedented circumstances in which they were made.”

Translation: When our elected representatives and their appointed officials believe we need to be manipulated, they rationalize their lies based on whether they think we need them at the time.

I am not naive. I firmly believe we have a problem with ignorance and sheeple in our country. However, the only way to fix the problem is to distribute more accurate information ‚Äî not the opposite. Further, for those of us who work hard to stay educated, we expect to be treated like adults! In this specific case, the Treasury Department‚Äôs lies (via Hank Paulson) encouraged people to hold their investments. Therefore, if you listened to Paulson et al, you literally lost your hard earned money and life savings.

Last time I checked, citizens should not expect to get fiscally hosed by their Treasury Secretary.‚Ä®‚Ä®To be fair, this is not only a Wall Street and Washington problem. Seemingly, most public discourse these days centers around complete lies, myths, and other rhetorical strategies aiming to put insular interests ahead of what‚Äôs best for the nation. It‚Äôs time to demand at least our public stewards accurately explain the true state of affairs so we can make informed decisions. Do you see anyone stepping up to the plate?