Tuesday nights at the Dog Star Tavern, join DJ JG World and Jim for an evening with vinyl. 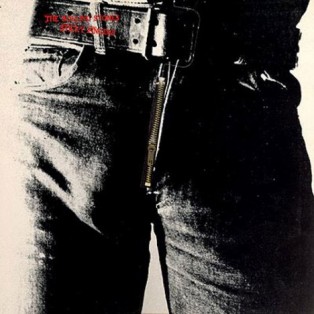 John Gould, the MC for many of this year’s Shrimp Festival events and contests such as the Coldstone Ice Cream eating contest and the Searchamelia sponsored Best Pirate Dress Contest, came up with an interesting and kind of unique form of commercial entertainment. As DJ JG WORLD, John and partner DJ Jim Johnston started a vinyl record night every Tuesday at the Dog Star Tavern on 3rd Street north, across the street from the Palace Saloon.

Now if you’re like me, a true vinyl lover with a 10K plus collection (which I gave to a friend in St.Martin when I left), there is nothing better than the sound, feel and looks of vinyl when it comes to music. The Stones’ Sticky Fingers album cover featured a working zipper and mock belt buckle that opened to reveal cotton briefs, Velvet Underground and Nico’s debut album featured Andy Warhol’s famous banana that could be peeled and the Flying Pig over London’s Battersea Power Station, was specially constructed for the Pink Floyd concept album “Animals”. There are numerous pieces of art on album covers that has been lost in the technology translation from vinyl to discs. 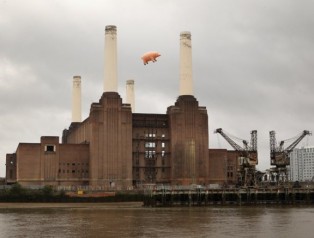 This was not super-imposed. It was a truly build pig replica

As kids, we used to read every word printed on an album cover and stared for the duration of listening to the songs at pictures and art. It took me 30 minutes to scan Sgt. Peppers Lonely Heart Club Band cover for all the people and details in the picture.

So if you’re looking for a fine evening of music nostalgia, (blues, classic rock, Soul, Reggae, Funk, Punk, 80’s, 90’s, jazz and fusion, Progressive Rock, Folk, Bluegrass, Psychedelic rock, Southern rock and more) John and Jim play from a nice a variety of quality records for sale each week and changes every week. Jim is a full time record dealer and most of the records he has for sale range from $1 – $15 dollars in addition to several more expensive collectible records.
Now, mind you, don’t show up with a suitcase of your old vinyl because these Tuesdays at the Dog Star Tavern are NOT an open invite for people to bring in their records to be played, however if a customer buys a record from Jim, they will of course gladly play a cut from the record. They’ll sometimes take requests if the request happens to be in the line up of albums available that night, but they usually ask if someone wants to hear a song from any particular record they tip, donate or buy.
Go check it out. Every Tuesday at 8pm at the Dog Star Tavern, which features beer specials for the occasion.