China’s “slowdown” is akin to what happens in Formula One racing when the cars enter a banked curve. They slow down a bit. 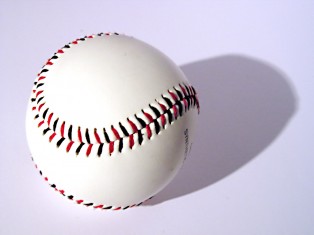 Waiting for a fat pitch

If it feels like the stock market has been volatile this year, you’re right. Here are a few examples:

•    Three-month historic volatility for the “fear” gauge known as the VIX hit a record on  October 31, surpassing the prior peak from December 2008.
•    Intraday swings in the Dow Jones Industrial Average have averaged 261 points since  August 1, an exceptionally large number.
•    On four consecutive days back in August, the Dow Jones Industrial Average alternated between gains and losses of more than 400 points, the longest streak ever.
Source: Bloomberg

All this volatility and the lack of a clear, sustained direction in the market have frustrated many investors.

The problems in Europe and the budget wrangling in the U.S. have kept investors in a risk-on, risk-off mode throughout much of this year. As a result, many stocks have traded in herd-like fashion without much regard for individual company fundamentals, according to investment manager Duke Buchan, III.

In addition, Christine Lagarde, the International Monetary Fund’s (IMF) new managing director, warns that the global economy may be headed for “economic retraction, rising protectionism, isolation and … what happened in the 1930s” (an economic depression), helping incite fears of an imminent financial crisis.

However, Europe’s economic influence on the rest of the world may not be as strong as it was in the past. The American economy is recovering, though slowly, and China’s “slowdown” is akin to what happens in Formula One racing when the cars enter a banked curve. They “slow” from about 200 miles per hour to roughly 175 mph.

Expect China, and most of Asia, to keep growing regardless of what happens in Europe.  If you aren’t as confident about China, consider this:  China’s exports to Europe rose by 5.1% in November, compared to one year ago.  Perhaps the idea of Europe’s debt crisis throwing a wet blanket on the world economy is a bit of a stretch.

Still, when top economists speak in terms of “economic depression” in Europe and a “financial crash” in the coming year, a crisis of investor confidence is certainly at hand. At times like this, it’s important to have patience and as Warren Buffett says, wait for that “fat pitch” to take advantage of buying opportunities in the market.