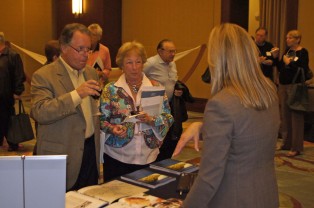 Wallace Pierson Travel, the Virtuoso Travel Advisors on Amelia Island, have organized a Luxury Travel Show at the Ritz Carlton, Amelia Island for the past 5 years, the admission proceeds of which are in its entirety donated to the causes of the Boys and Girls Clubs of Nassau County Foundation.

This year’s show which will be held on Saturday November 8, comes with a slight twist as Wallace Pierson Travel has organized a PRE-SHOW RAFFLE of five hundred $10 tickets, that not only serve as show admission, but also makes purchaser eligible to win One of Two One Night Stays at the Ritz Carlton, Amelia Island for the night of the show on November 8, 2014

For details check out below flyer and call Wallace Pierson Travel to buy one or more Raffle Tickets. (904) 261 5914.