Welcome to the Machine Era has arrived

Knowing the habits, preferences and whereabouts of more than 1.5 billion people and being able to manipulate their decision making processes, is way too much power to go away easily. 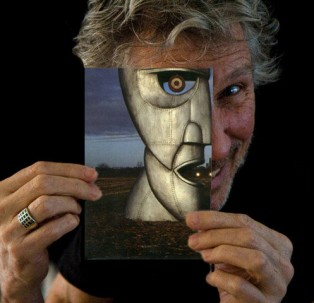 The many faces of the machine

Welcome my son, welcome to the machine.
Where have you been? It’s alright we know where you’ve been.

Welcome my son, welcome to the machine.
What did you dream? It’s alright we told you what to dream.

A Wikipedia entry claims that Pink Floyd’s songwriter/bassist Roger Waters wanted to express his disappointment with the music industry when he wrote Welcome to the Machine for the 1975 release of the album “Wish You Were Here”. That is utter crap as a man like Roger Waters has and had much bigger fish to fry than a music industry that lacked a visionary business concept and social consciousness. I know that Waters addressed the empire and the corporation and the system of the world we were making for ourselves…the machine. We’re born, we’re “informed” (some call it education) and then we serve and reproduce and go into massive debt (this guarantees our further servitude) and then we tell our kids “welcome my son…welcome to the machine” and they in turn will do it all over again.

The signs have been there all along and definitely long before Julian Assange’s Wikileak or Edward Snowden came along and made some of us realize the threat was real. Without defining what the threat is, their revelations were only part of the story, and frankly not really the most important part.

The electronic surveillance machine is so much larger than their leaked indiscretions portrayed, including not just government abuses, but also massive commercial abuses. And guess what, the structure of this vile machine is in advanced stages of completion. It is in the stage where it can not only record and register, but it can manipulate and incentivize, it can punish and reward and it can create a world of insinuation that defies legal rights and protections. And that really is always the threat when such power comes into the possession of the wrong people. Discussions about the Constitution or Amendments thereof are declared unimportant in the name of public safety and protection.

Unfortunately it becomes a one-sided discussion if the machine is in the hands of the self imposed overlords. In return for their protection, you will eat the food they describe, drink the beverage they dictate, visit the doctors they favor, swallow the pills they prescribe, drive the cars they manufacture and accept the Hollywood dream as real.
Case in point maybe last weekend’s record breaking release of the movie American Sniper.
But before going into some more detail, here is a small memory lift that encapsulates the essence of the new surveillance machine to play in the background while reading on. (https://www.youtube.com/watch?v=FbifrXX2Ltw):

I’m a huge Pink Floyd fan, and I think they nailed this one in 1975 – 40 years ago on the album “Wish You Were Here”. There are two primary functions of this machine: full-life surveillance (“We know where you’ve been”) and persistent, deep manipulation (“We told you what to dream”). I could help but think about this last one, when I learned that the movie “American Sniper” broke all kind of records at the box office, while an internet related warning like “Blackhat” bombed sorely.

I increasingly think that it’s pathetic of me, trying to warn you that this machine of horror has already been built and that we are sitting right in the middle of it. I often think of hanging it up, as the general population’s interpretation of horror is apparently quite different from mine. And yes I’ve tried to put my head in the sand and abstain from writing, but then I think of the observation that contrary to popular belief, ostriches do not bury their heads in sand to avoid danger; only humans do that.

Yes, I know this is something many people don’t want to hear. Far too many are like the ones who complained to the prophet Isaiah, telling him, “Speak unto us smooth things.” But some things are not smooth… yet they’re true anyway.

Facebook—and all the other big, ‘free’ services—are selling your minds, thoughts, emotions, opinions and lives just like a butcher sells meat. And please understand: In our materialistic system, they have no choice. Not if they want to keep their quarterly numbers positive. Now also understand that I have no ideological problem with materialism. Capitalism which breeds materialism, has moved our civilization more forward in recent history, than in thousands of years previously. It is greed that creates the problem.

Think about this: Facebook, Twitter, Google, Instagram and the likes don’t charge a penny to you for their platform use. So if you’re a Facebook user, you are not its customer. Someone pays Facebook; those revenues come from somewhere, but they don’t come from you.
So if you’re neither the company nor the customer, then what are you?
Yep, that’s right—you’re the product. Facebook, Google, and their ilk are selling you to their customers.
And please understand that the free model gives these companies no choice at all. Their users won’t pay, and they have to make money somehow.

Facebook’s gross revenue is estimated at more than $1 billion per month. Google’s is approaching $4 billion per month. You don’t really think they get all that income by selling lame ads for tooth paste and concert tickets? These companies are selling you in far more sophisticated ways than that.
Back in 2009 Google’s boss bragged that “We know where you’ll be Tuesday morning,” and you can be very, very sure that they’ve been selling such information for the past five years and rest assured, they’re a lot better at it now.
Three years ago Facebook ran an experiment on 689,000 of its users, to see if it could alter their moods by altering the headlines they saw? The experiment was a resounding success?
They found out that it could alter people’s moods, making them happier or sadder as it wished. And Facebook found something else: those users would transfer those moods to their friends in a cascading effect. Do you really think Facebook hasn’t done anything with that information in the meanwhile? Do you really think Google hasn’t?

Turning up the heat a bit, both of these outfits are in bed with all branches of the feds, headhunters, recruiting companies and yes Facebook’s infamous experiment was partly financed by the US Army. Google is deeply intermingled with the US State Department (as well as other agencies). If you’re curious about this, read Julian Assange’s new book on the subject.

Step into Google’s shoes for a minute. Auctioning off little ads would never bring in billions per month; you’d have to find better ways of supercharging your ad revenue. This is what they do?
First, they tell their advertisers they can get ads and other actionable information to people the moment they expressed the first interest in their product. Seems like a perfectly sound move, but that moment came, was monetized, and went more than 10 years ago. So new ideas are needed to juice the quarterly reports.

Now what would you do in their shoes?

Guess what?! You learn how to implant desires in your users. And if you want to do it well, you do it in ways that are specific to each individual. After all, what works to manipulate me may be completely ineffective for you.
And that’s where we are now at this stage of the game. And when I say that these companies fulfill Pink Floyd’s lyric of “We told you what to dream,” I don’t mean that they tried to make everyone dream the same thing; I mean that they got your friend to dream things that will squeeze money out of her life… and that they’ll make you dream different things, things designed to squeeze money out of your life. They can distinguish, read profile, an adventurer from a homebody and create pertinent campaigns. Your profile says you’re a conservative, you’re targeted with ads about guns and conservative value products and opinions. Democrats get an entirely different scope of products and services.

Here’s how to prove this: Take your laptop to a friend’s house, or take your spouse’s computer i your own house. Both of you log in to YouTube, or Facebook, or Google. Notice how you’ll both see different screens. And that means that you’re getting customized environments and that’s already going on for more than 5 years.
So if you were Facebook or Google, why would you give people customized environments? Shall we really pretend that Google, Facebook, and the others are doing this as a public service?
Of course not; the purpose of everything they do is to generate more revenue. In other words, they’re manipulating you for their profit. That’s the only way they can make money from you. That’s why you’re not charged for an account. YOU ARE THE PRODUCT THEY SELL.

Facebook experienced an outage the other night that shut down Facebook and its Instagram photo-sharing service for about an hour. The company said that a change it made in its configuration systems caused the problem, while all the self proclaimed media experts went on record to state that Facebook’s real issue is to make more money. The release of2014 and 4th Quarter earnings of the social media giant saw a drop in earnings
However with almost a quarter of the world population subscribing to its service, I’ll leave you to understand where this is likely to go, and if you’re going along. Competitive pressures from other niche market provider may force FB to redirect or split its audience into multiple sub services, but don’t count on it to go away. Knowing the habits, preferences and whereabouts of more than 1.5 billion people and being able to manipulate their decision making processes, is way too much power to go away easily.