I wander off in this magical time machine of music and find huge gratitude in the freedoms we grew up with. 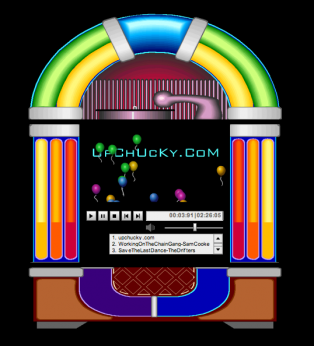 You will like this! Just click the year you graduated and bam your back in time!!!  Your first song to dance to… the song that played in the background of your first kiss. You may even find your wedding song if it was in the top 20 of that year. Someone at Upchucky.org had more time on his hands than I do and delivered a wonderful service of gathering all favorite songs going back to 1940 and neatly organize them in easy clicks.

While I’m writing this I’m listening to You Keep Me Hanging On by Vanilla Fudge, nr. 20 in 1967. I remember how I loved the slightly off-key harmonies in this song that gave birth to the creativity called “Underground” of the late sixties music scene and exploded into massive events like Woodstock and  Isle of Man.

As I wander off in this magical time machine of music I forget about the news headlines today and find huge gratitude in the freedoms we grew up with. Even though we knew in those days that politicians had manipulated us into a useless unpopular war, we somehow found solace in music and each other. Foxy Lady, I’m coming to get ya’. Our lives were not constantly bombarded with fears of all kinds.
When the truth is found to be lies and all the joy within you dies…don’t you want somebody to love.
Yes I’ll be spending some time in the late 1960s music today while I’m working.

Try it, you’ll love it. Each of the years below connect to the best 20 hits of that year. Pick a year, wait a few seconds, and the Juke Box will show you the 20 hits to select from. You can play all 20 hits, or just those that you like.

The listings stop abruptly with 1999. Apparently upchucky.com could not find not enough quality popmusic going into this century to justify listing it. Checking the songs that made the popular music scene in 1999, it’s clearly already slim pickings with only Smooth by Santana and Rob Thomas and Crush by Dave Matthews of some original musicality and quality. The rest is exploding bubblegum that makes me think about a line in Evanescence’ Bring Me to Life (Wake me up Inside)….save me from the nothing I’ve become.

Powerful. So powerful actually that more than 30 million saw this video and a reminder that life is not about being “Comfortably Numb” even though I love that song too.

Evanescence, Korn and Shinedown are gracing the area with a concert on April 29 in Jacksonville Metro Park. Maybe an occasion for me to venture into Jax. In the meantime I’ll be on upchucky.com a lot.

Here are the year links: