While the President of the United States signed the Travel Promotion Act into Law today, observers are wondering how the US can charge foreign visitors tourist to majorly fund the Act and at the same time via commercials and advertising trying to lure them. 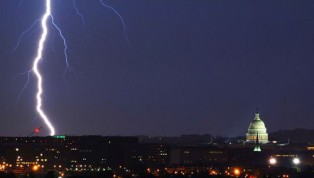 Today President Barack Obama signed into law the Travel Promotion Act, a measure that will set up an 11-member board to develop a national multi-channel marketing campaign to draw foreign travelers and provide information on travel policies.
Industry executives have been pleading for this act for several years, claiming that the US does not do anything to promote and aggressively market the destination.  They say the act can help strengthen the U.S. economy and revive the sector, which has taken a hit as the recession dampened demand for air travel and led consumers to cut back discretionary spending at hotels and restaurants.

Some industry sources point out that there are lessons to be learned from other countries that use aggressive marketing campaigns to attract visitors with the argument that we’re a marketing and messaging-driven economy where the product needs to stay in front of customers.
Strengthened by claims from Industry “experts” such as Oxford Economics, a United Kingdom-based independent consulting firm, the estimated result ranges from this initiative could bring in as many as 1.6 million new visitors to the United States a year and create 40,000 U.S. tourism jobs.

Thankfully there are also those in the travel industry that express concern about a $10 fee that will be charged every two years to visitors from countries that participate in the Visa waiver program. That fee, along with voluntary private sector contributions, will be used to pay for the program.
IATA, the International Air Transport Association, which represents 230 airlines worldwide expresses concern about retaliatory action by other countries that will only make air travel even more cumbersome and expensive. It is the Association’s opinion, and I am squarely behind them in that observation, that national resources would best be directed toward addressing barriers faced by global travelers in the United States.

In all my conversations and discussions with Europeans, all prime visa waiver countries to the US, it always comes out strong that they don’t want to be exposed to excruciatingly long lines at immigration points after an 8 to 10 hour flight across the Atlantic. Even though they all look favorably on America’s culture and people, they are looking elsewhere for their leisure needs just to avoid the hassle of air travel.

At least as far as those groups that can afford to travel long distance. They have grown up with American TV, glossy magazines and GI Joe. I grew up 12 miles from Afcent Central Europe Command in the South of the Netherlands. People all over Europe have experienced long exposure to American culture and people. Not traveling to the US has nothing to do with attraction. There is plenty of that. It’s about making America friendly and accessible again by for example, cutting the time and growing expense required for foreigners to obtain a visa and minimizing security hassles at U.S. airports. Teach TSA personnel that travelers contribute to the economy and them having a job. If a marketing campaign can focus on improving perceptions about traveling to America, and actually make it easier, foreign tourism will increase.

Just to get an appointment at a US embassy in many countries carries a hefty fee. Being treated with disrespect or like second or third world travelers by TSA is not a way to attract foreign visitors. And neither is increased advertising. Foreigners know about New York, Miami Beach, Georgia’s Stone Mountain and the Stars on Hollywood Boulevard. They know about the majestic Rocky Mountains or the Blue Ridge Mountains or the Natchez Trail. They know about New Orleans, Disney World, Seaworld and Busch Gardens. They will come for these attractions in diminishing numbers, because they have them over there as well. If Disney builds a new Disney World in Shang Hai, why would we expect Chinese to come and visit here in Florida or Anaheim?

Hollywood controls the world’s cinemas and TV screens. Its soaps, sitcoms, dramas and feature movies portray American life, good or bad. It’s a non stop advertising commercial for every form of adventure to beach resort travel. No need to spend extra money there.

The estimated industry job losses are around 400,000 in the past 10 years and that is not going to be any better by putting millions in aggressive advertising and marketing. The only, absolutely only way to improve those numbers, is by keeping air travel affordable and a pleasure, like it used to be, with a smile at the Immigration desk, where an polite person says: “Good afternoon, sir/madam, how was your flight”, and quickly checks papers and moves on.

Throughout the 80’s and 90’s traveling to the US was a blast, except for a short period in the early Reagan administration when traffic controllers went on strike. The food was good and the airport receptions were friendly and accommodating. Be friendly again and numbers will go up.

In the next couple of days I will publish a special regional take on tourism that may benefit Northeast Florida if the powers that be, would listen and act. My credentials? Oh I don’t know, 40 years of global travel to every corner of the world, having developed, built and operated a handful of resorts and marinas in Europe and the Caribbean and many years of seeing air travel go into the wrong direction. I used air travel 3 -5 times a month. Now I cannot even get myself to Jacksonville “Int’l” and jump on a flight if I can get the job done with Skype and my laptop. It’s just too much hassle.