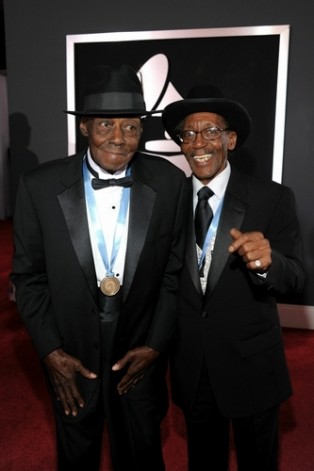 Friday evening September 16 will be a tribute to one of the greatest traditional blues eras this country has known, when Willie “Big Eyes” Smith will headline the Friday performances at the Amelia Island Blues Festival.

Willie “Big Eyes” Smith is one of the last remaining Titans of the Chicago Blues. Born in Helena Arkansas in 1936 he was into the rhythm of the drums from a very early age on after he saw Pinetop Perkins perform in his hometown at the tender age of 6! At the age of 17 he moved to Chicago and heard blues great Muddy Waters for the first time. From that moment on his life was charted to play the blues. In 1954 Willie, playing harmonica, formed a trio with drummer Clifton James and Bobby Lee Burns on guitar. The trio built a following in Chicago and gigged around the area for a few years.  During this same time, Willie played harp with several other artists including Bo Diddley, Arthur “Big Boy” Spires and Johnny Shines.  In 1957 Willie joined Little Hudson’s Red Devil Trio and switched to playing drums.  After gigs or between sets, Willie started sitting in on drums with Muddy Waters’ band.  Muddy liked what he heard, and invited Willie to play drums on a 1959 recording session.  Willie began to fill in for Muddy’s drummer Francis Clay, and continued to play recording sessions with Muddy.  In 1961, Willie replaced Clay in Muddy’s band and played with Muddy till mid-1964.  During this period, as he solidified his Chicago sound, Willie recorded with James Cotton, Jo Jo Williams and Muddy Waters on a tribute to blues vocalist Big Bill Broonzy.

The mid’60s were lean times for the blues in America, even though many British Bands like the Rolling Stones, The Yardbirds and the Animals took from the old Blues heritage scoring hit after hit in Europe. So for a few years Willie packed up his drum kit and found himself doing odd jobs including working in a restaurant and driving a cab around Chicago.  One night in 1968 Willie stopped in a local Chicago club to catch one of Muddy’s sets and when Muddy let Willie sit in for a bit, he rediscovered his desire to play. The next day Muddy asked Willie to rejoin his band. Willie played in Muddy’s band till 1980 and appears on all of Muddy’s Grammy-winning albums.

After performing with Muddy Waters, Smith established his own niche within the tradition of the Delta Blues Sound by co-founding the Legendary Blues Band with Pinetop Perkins, Louis Myers, Calvin Jones, and Jerry Portnoy. The group was nominated for several Grammy Awards, recorded four critically acclaimed albums on the Ichiban label, backed up Buddy Guy, Howlin’ Wolf and Junior Wells (who later took Albert Castiglia as his lead guitarist), and toured with Bob Dylan, the Rolling Stones and Eric Clapton. They played behind Muddy for the soundtrack of the movie The Last Waltz and appeared in the movie The Blues Brothers where they played street musicians backing John Lee Hooker.

Willie “Big Eyes” Smith traditional shuffle style has been regarded as the heart and soul of the Chicago blues sound, with Willie laying the beat behind many of the blues classics.  But these days fans are just as likely to find Willie “Big Eyes” Smith holding on to a harmonica, his first instrument, as a drum stick. Turns out, this award-winning blues drummer is a 60 year veteran on the harp and a dynamic vocalist.

Willie and Pinetop Perkins were originally contracted for the Amelia Island Blues Festival as one act based on their Grammy Award Winning 2010 co-production “Joined at the Hip”. But after Pinetop’s sad passing earlier this year, the amazing coincidence occurred that another Pinetop prodige, young Conrad Oberg, a blind teenage guitar and piano virtuoso, offered to co-produce a Pinetop tribute together with Willie “Big Eyes”. It will be one of the highlights of the festival.

Moving into his mid seventies, Willie still occasionally climbs behind the drum kit, but most often he now plays the harp and sings, cutting his road trip exposure from a truckload of percussion instruments to a briefcase of harps.

If you want to catch a full glimpse of the old Chicago Blues Era, get your tickets now by clicking here.