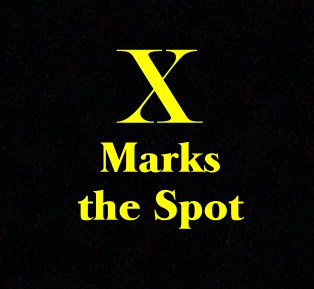 X marks the spot as the S&P 500 Index closed the week below its 200 day moving average. That‚Äôs bad news for stocks folks. Economist Robert Reich was quoted today answering the question, ‚ÄúWhen will the recovery begin?‚Äù‚Ä¶.‚ÄùNever.‚Äù was the reply. So, what is his prediction then? Not a V, not a U. not an L, An X. ‚ÄúThis economy can‚Äôt get back on track because the track we were on for years‚Ä¶.featuring flat or declining median wages, mounting consumer debt, and widening insecurity, not to mention increasing carbon in the atmosphere‚Ä¶.simply cannot be sustained.‚Äù

The X marks a brand new track, a new economy. What it will look like, nobody knows. But it can‚Äôt ‚Äúrecover‚Äù because it can‚Äôt go back to where it was before the crash. We should ask this‚Ä¶‚ÄùWhen and how will the new economy begin?‚Äù The Dow industrials and the S&P 500 fell on Friday, dropping for the fourth straight week, after Chevron Corp (CVX.N) warned about its quarterly results and consumer confidence fell to its lowest level since March. The S&P 500 rallied as much as nearly 40 percent from a 12-year closing low in early March, but the broad-based index is now off 7.1 percent from a peak on June 12. Some analysts are starting to anticipate a prolonged pullback in stock prices, especially if corporations disappoint investors as the earnings season unfolds. Friday‚Äôs stats are‚Ä¶..The Dow Jones industrial average .DJI dropped 36.65 points, or 0.45 percent, to 8,146.52. The Standard & Poor’s 500 Index .SPX fell 3.55 points, or 0.40 percent, to 879.13. But the Nasdaq Composite Index .IXIC gained 3.48 points, or 0.20 percent, to 1,756.03. Be very nimble and have a great weekend.