Yes, Paraprosdokian is a Word!

Most people know and have heard this type of word humor, but few now that it has a word to describe it: Paraprosdokian 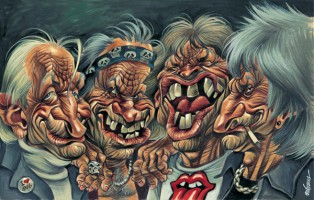 A Paraprosdokian is a figure of speech in which the latter part of a sentence or phrase is surprising or unexpected and frequently humorous in relation to the first part. It usually forces the listener to rethink the first part of the sentence. Some comedians like Henry Youngman,  Groucho Marx and Stven Wright were or are true masters in the art of Para(against)Prosdokian(expectation) compositions. Here are some of my favorites.

2. The last thing I want to do is hurt you. But it’s still on my list.

3. Since light travels faster than sound, some people appear bright until you hear them speak.

5. We never really grow up; we only learn how to act in public.

6. War does not determine who is right – only who is left.

7. Knowledge is knowing a tomato is a fruit.. Wisdom is not putting it in a fruit salad.

8. To steal ideas from one person is plagiarism. To steal from many is research.

9. I didn’t say it was your fault, I said I was blaming you.

10. In filling out an application, where it says, ‘In case of emergency, Notify:’ I put ‘DOCTOR’.

11. Women will never be equal to men until they can walk down the street with a bald head and a beer gut, and still think they are sexy.

14. To be sure of hitting the target, shoot first and call whatever you hit the target.

15. Going to church doesn’t make you a Christian any more than standing in a garage makes you a car.

16. You’re never too old to learn something stupid.

17. I’m supposed to respect my elders, but it’s getting harder and harder for me to find one now.

18. “She got her good looks from her father; he’s a plastic surgeon”

19. I asked God for a bike, but I know God doesn’t work that way. So I stole a bike and asked for forgiveness.

20. Some people hear voices. Some see invisible people. Others have no imagination whatsoever.

21. If you are supposed to learn from your mistakes, why do some people have more than one child?

22. Alimony is like buying hay for a dead horse.

23. I find television very educating. Every time somebody turns on the set, I go into the other room and read a book.

24. You can always count on the Americans to do the right thing – after they have tried everything else.”

25. “I once wanted to become an atheist, but I gave up – they have no holidays.”

26. “I told the doctor I broke my leg in two places. He told me to quit going to those places.”

28. “My Grandmother is over eighty and still doesn’t need glasses. Drinks right out of the bottle.”

I read somewhere that Worrying Works, because 90% of the things you worry about, never happen. In the grand scheme of things, it’s best not to sweat bullets but rather bless the really absurd, innocuous, and ridiculous things or potty people that come and go in one’s life before it’s too late.

Surround yourself with people who make you laugh, forget the bad, and focus on the good. So love the people who treat you right, pray for the ones who don’t and then forget about them. Life is too short to be anything but happy. Falling down is a part of life, getting back up is living.
Have a great weekend.