A story reflecting a recent conversation with my publisher‚Ä¶about metals and the U.S. dollar. 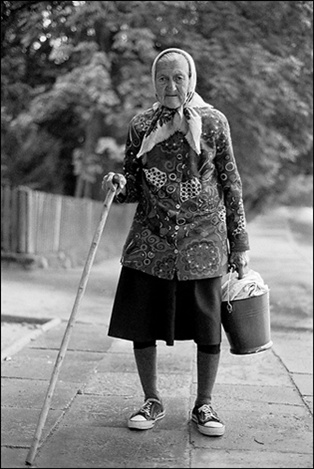 Fellow citizens of Amelia Island those of us who are saving for the future could easily end up bankrupt for our efforts. That‚Äôs what happens when governments try to ease the burden of their debts by devaluing the currency. This is a marvelous piece by Paul Tustain explaining why this is likely to happen. ‚ÄúThose people who have saved for the future could soon form our own generation of bankrupted, ‚ÄúBabushka‚Äù pensioners…‚Äô

Twenty-five years ago the Russians found themselves in a hole.

They had an official price for petrol (gasoline) of one ruble. But the cost of providing it, for example by buying it on world markets, was eight rubles. Insofar as the state could supply any petrol to anyone at all, it was definitely going to be at a big loss. Yet they obstinately refused to accept that their price was wrong.

How we laughed at this dogmatic denial of the discipline of the market! We put it down to some sort of political imperative, but in fact it was much simpler than that.

Rather than lose money at a world-record rate, the Russian state responded by distributing official petrol in limited quantities, and only to favored clients, which in their society meant party members. The members used to fill up their Zil limousines with this cheap petrol, and effect a supply chain to retail via the simple device of draining their tanks into the jerry cans of local teenaged entrepreneurs ‚Äî at six rubles per liter. That left the last two rubles to the entrepreneur, who sold it on the side of the street at eight, with hardly a murmur from official sources.

Party members were getting rich, after all, and the taxpayer was footing the bill.

Now substitute USA for Russia, and credit for petrol, and you have the essence of what is going on today. Can you get a mortgage in America or the UK at 2%, even if you pay a 50% deposit on your house? Certainly, not – in America, only government mortgage agencies (Fannie and Freddie) and megabanks which are too big to fail have access to the 0.25% credit provided by the Fed. And once again, those megabanks are making very large sums, much of which gets distributed via bonus pools to those with an unremarkable talent for re-selling this cheap credit at market rates of 5.0% or more.

Political leaders regularly rail against greedy bankers, but the problem ‚Äî all that cheap money ‚Äî has for the last five years come directly from the false market in credit extended by ultra-low rate policies sourced in the Treasuries of the West.

Who‚Äôs at fault is academic. The issue now is that this artificially low interest rate environment can set off a hyperinflation chain reaction, just as it did in Russia once market forces prevailed. Not much is different from previous hyperinflation episodes, save that the melting of a glacially frozen stockpile of $50 trillion in government bonds performs the role traditionally played by the printing press.

In the end, those who have saved for their futures could form our own Babushka generation of pensioners. Paid out monthly, and in full, their pension will buy them a sandwich or two. The nominal value of sovereign debt will not decline, but the value of it will inflate away, taking with it the value of all those bonds.

We could end up needing to remove a couple of zeros from banknotes, because otherwise the coinage will be melted back into nickel and copper ingots as soon as it is issued, and then sold to the Chinese.