The NFL has started and we have decided to have our panel pick specific players for their Fantasy football value each week. 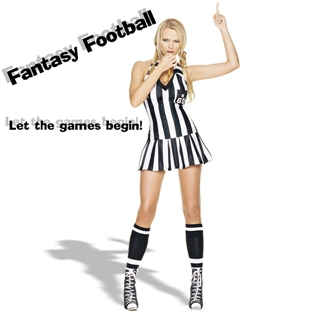 Now that the NFL has started the 2010 season we decided to tap into our football resources and put a little twist on picking games for each Sunday. Having been a commissior for a fantasy football league for 9 years I decided to have our panel pick specific players for their Fantasy value each week. As many of you know Fantasy football decisions are entirely different than picking the winners of games.

Each week our experts, or non-experts, will be given a list of 3 Quarterbacks, 3 Running Backs, 3 Wide Recievers and 3 Tight Ends to determine who they think will have the best fantasy point week. Hopefully this can help you decide which players to play on your teams, or who not to play as the case may be! The scoring for this will be determined by the default NFL.com scoring. As with our SEC picks, this is only for bragging rights.

The players are the same as the SEC Football Picks with the addition of the editor of SearchAmelia.com, Judie Mackie, who is also an award winning Fantasy Football player (for nearly a decade) herself.

Good Luck to all!

NFL.com scoring is as follows-
OFFENSE

Running Back – Pick One