When the final trades for 2011 were placed on December 30, the S&P 500 ended the year exactly where it started – and we mean exactly! 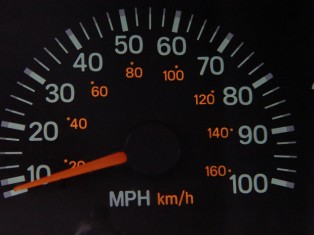 The art of being busy without getting things done

“Much Ado About Nothing” is one of Shakespeare’s famous comedies and, surprisingly, the title succinctly summarizes the U.S. stock market in 2011. This past year is being described as a “trip to nowhere” as far as financial markets in general were concerned.

There was “much ado” during 2011 as we experienced one of the most volatile years on record. For example, regarding the S&P 500 index stocks, Bloomberg said, “Individual stocks were more volatile than in 2009 and 2010, with 55 losing more than 30 percent this year compared with a total of 13 in the prior two.”

On top of that, “Stocks swung at a daily rate of twice the 50-year average after the S&P 500 reached a three-year high in April.” After hitting that high in April, the S&P 500 then plunged 19 percent over the next five months. Continuing the whiplash, the market staged a remarkable comeback and that’s where the “about nothing” comes in to play.

Despite the year ending in a financial push, here are 10 newsworthy items that hit the headlines.

2.    Interest rates continued to fall. The 10-year Treasury ended the year yielding below 2 percent and the 30-year yielded below 3 percent. On a total return basis, the 30-year Treasury jumped 35 percent in 2011, which is higher than every stock in the Dow Jones Industrial Average!
Sources: The Wall Street Journal; Barron’s

3.    The Middle East rose in protest. Mass protests swept the Middle East, governments were overthrown, and the political landscape was dramatically reshaped. The reverberations will last for years.
Source: The Economist

4.    Apple and Steve Jobs were everywhere. Apple was 90 days away from bankruptcy in the late 1990s, but through the magic of Steve Jobs, the company briefly became the world’s most valuable company in 2011 – surpassing Exxon! The iPhone was the #1 most searched term on Yahoo! for the year. And, yes, Steve Jobs passed away from cancer at the much too young age of 56.
Sources: Bloomberg; Yahoo! News

5.    Japan was rocked with a massive earthquake and tsunami. The devastating power of Mother Nature claimed more than 15,000 lives, shocked financial markets, and disrupted business around the world. The pain and scars of this tragedy will remain for many years.
Source: Bloomberg

7.    Gold kept its luster. Despite weakness at the end of the year, gold prices finished the year in positive territory for the 11th consecutive year. In times of uncertainty, investors have shown a preference for the yellow metal.
Source: The Economic Times

8.    Foreign stock markets took it on the chin. Unchanged in the U.S. looks good compared to China, which fell 22 percent; Hong Kong, down 20 percent; Brazil, down 18 percent; Germany, down 14.7 percent; and Britain, down 5.6 percent. There’s no place like home!
Sources: Associated Press via Yahoo! News; Bloomberg

9.    Burgers and banks were bookends. The best performing stock in the Dow Jones Industrial Average in 2011 was McDonald’s, which rose 31 percent. At the other extreme, Bank of America was the worst performer dropping 58 percent. Looks like a lot of people ordered an extra fry with that Big Mac.
Source: Associated Press via Yahoo! News

10.    “Planking” became a worldwide phenomenon. Traced back to a 20-something Australian, planking involves lying face down on the ground with your arms at your side. The “trick” is to do it in unusual places or atop peculiar objects. The unrelated “fitness” version of planking also made headlines in 2011 when a 71-year-old Wisconsinite named Betty Lou Sweeney set a new Guinness World Record by holding an abdominal plank for an incredible 36 minutes and 58 seconds. What’s even more incredible is in 2009 she was “severely overweight and nearly died from complications from an infection that went septic and shut down her kidneys.” Two years later and 100 pounds lighter, she set the world record. Yes, there’s hope for all of us!