2011 – The Year that Refused to do what we Expected

2011 often felt as if the ground under our feet gave out intellectually as well as physically. 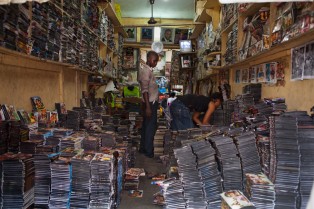 2011 Never Let us Catch Up from the Chaos

2011 was a year of turmoil on all levels, mostly without any explanation. It felt like we raced from one chaotic crisis to the next, without time to grasp, contemplate, digest or consider. It also felt like there were no other options then rolling with the punches and not look back and most certainly to stop expecting rational behavior, whether it concerned nature or humans. I often felt like the ground gave out beneath our feet intellectually as well as physically.

The year started out with birds dropping dead out of the sky by the thousands and fish washing up by the tens of thousands here in the States. No answers yet, other than it happened before in 1961, leading Hitchcock to make his “The Birds” thriller. Doomsday supporters are sending out grave warnings.

An earthquake driven tsunami in Japan demolished not only the coast of that country but also the long term plans of most industrial countries for generating sustainable, safe nuclear power in the future.

Here at home the omens were also way over-the-top of comprehension: One day an earthquake cracks the facade of the National Cathedral in Washington and the next day Hurricane Irene threatens to rip parts of the Cathedral down. Even New York City gets a serious warning from Irene.

The North African Mediterranean part of the Arab world, without any warning from Middle East experts, without much of a reason at all besides being tired of dictators and their whims, decided that the tyranny under which it had been living for generations had to end. Not slowly and controlled but here and now. Immediately. And when the system collapsed, there was no holding back. What happened on the political level on the African side of the Mediterranean, happened on the economic level on the European side. Greece, Italy, Spain all became part of the PIGS acronym, threatening to take the world economy down. 2012 will probably carry the answer on that development

The situation in America has been equally fraught with turmoil and impending chaos: Washington’s decades of political decline, with its vicious partisanship, gridlock, and the most shortsighted thinking imaginable, finally has begun to have consequences beyond the rigging of short term bandaids.

In August, Standard & Poor’s, an agency that once upon a time gave AAA ratings to CDO’s backed by subprime mortgages, decided that the United States government might run into a problem paying off its debt in the future; yes imagine America might not be able to pay off its debt to China. Even five years ago, your imagination would have been either ignored or you committed!
Besides these grand geopolitical shifts, many small everyday assumptions, it turned out, could no longer be taken for granted.

Canadians rioted in Vancouver. The Pope in the Vatican tweeted. Ron Paul achieved  household word status after 25 years of marginal presence.
Osama bin Laden’s provoked death had no impact whatsoever and just proved once again that no one is irreplaceable and that everyone has a secret stash of adult entertainment. Unfortunately it took us 10 years and a couple of billion dollars to unearth this little jewel.

Italian’s ousted prime minister billionaire Berlusconi bragged about bedding 8 young babes while in his seventies and the demise of of his womanizing friend Ghaddafi to the south uncovered how an abortion room next to his quarters at the University of Tripoli redefined the word creepy.

Other old man in Washington, rather than balancing a budget as told by the constitution, thought it necessary to debate raising the debt ceiling of the world’s largest economy instead, so that we all can borrow more and kick more cans down the road of our children’s future. Crisis? What crisis? While true blood Americans are wallowing in the belief that –“They’re not going to … Nah, they wouldn’t imperil the prosperity of the world just to score some cheap points, would they?”–  we’re approaching the cliff at 200 miles an hour Speedy Gonzales style and no brakes.

Even most of the tear jerking scandals this year had a disturbing flavor to them. Schwarzenegger, Sheen, Kardashian — their lusts are different from “heros” of the past. They’re somehow nastier, less considerate and infinitely more disturbing.  Austrian Arnie just grabbed the maid and procreated and Sheen has been allowed to channel his barbarism into a somewhat workable version of how to fall apart while riding high.  As someone much smarter than I phrased: “Sheen represents a new and diminished ideal for a world of accepted disorder in which we’re now all surfing the tsunami like those idiots on surfboards in hurricane waves, discovering one after another that invincibility is a overrated emotion. As for Kardashian, can we just forget that name?

Having said all that, I think that on the base level, the most encouraging aspect of this year of chaos is that the human race didn’t come off all that badly among all the unprecedented chaos and human tragedy. During and after the disasters themselves, selfishness momentarily evaporated. After the nuclear meltdown in Fukushima, hundreds of elderly Japanese engineers volunteered to clean up the mess, so that the cancers that would inevitably result from exposure to nuclear waste wouldn’t kill younger people. The tornado that swept through Joplin, Missouri, in May left in its wake stories of heroism and selfless generosity. The same during Irene, the same during the earthquake.

Our best stuff seems to come out during the worst situations. This fact did not escape me, being a survivor of 5 major hurricanes. Humanity, like marriage, works best in a crisis when all bets are off and government meddling is minimal.

And that is the key word, “Government meddling“, because with the Occupy Wall Street movement came an understanding of American Politics to me I never understood or witnessed before. The vagueness of the protesters message didn’t stop left-wing polls from violent head-nodding, nor did it stop right-wing polls from disagreeing angrily. There were no demands, but yet there were.  The truth is that American politics took another step closer to just being a call-and-response of angry grunts.

So, when just recently CERN scientists in Switzerland announced that they believe they may have discovered a particle that travels faster than the speed of light, I instantly knew that this news could not have come at a more perfect moment. For centuries we’ve been hanging our entire conception of physics on the speed of light theory.  Yet if it is true, and who am I to question this, then this discovery teaches us that we truly haven’t understood anything about anything so far.

And that my dear friends is probably the motto that best describes the year 2011. I mean, what’s next? I’m ready for 2012. Lock, stock and with the barrels aimed. See you on the other side of midnight.