a HELL NO letter in my inbox! 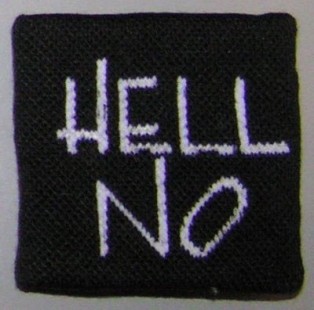 A Hell No Letter in my inbox

I got a HELL NO letter in my inbox.
In my ongoing thrust to be frugal and efficient I had sent out a subscription cancellation notice to one of the newsletters I subscribe to and guess my reaction when the email in my inbox opened with:

“Hell NO, I will not cancel your subscription – the help that is lined up for you in the next three month, is absolutely crucial to your business.

I have refunded your subscription, but denying you our wealth of decision making support in the coming months, would be criminal. So please accept the next three months with my compliments.

If you’re like me, with a short fuse when someone decides to tell you what to do, you may explode before realizing what a masterpiece of client retention happened in front of your eyes.
My initial fraction of a second was like: What The -? But then the classic epiphany happened.

These people were marketing geniuses! They understood the cost and effort of trying to acquire a new customer in a tough economy and decided that the existing customer is KING. They had lost the 3 months subscription already so here was a chance to appeal to my loyalty with quality of content.

Recession Marketing means getting dirty in the frontlines

A friend with a marketing novelty company had calculated that a new customer on average cost him $35 in communication and information expenses. The reason he wanted to know was based on his customer retention plan. He now had a measuring stick of how much to spend on customer retention. $35 buys a lot of TLC for an irritated or disappointed customer, a phone call followed by a UPS package with an “I’m so sorry” $20 gift in it does wonders in retaining customers

Another friend here on Island is a huge Harley fan but when his top of the line Electra Glide 2006 gave signs of impending self destruction on a cross state trip, he became a bit discouraged with the brand. The repair bill was estimated at $1,700 for cylinder head replacements. Since the early 90s this was his 6th Harley and always top of the line. Needless to say he was a little annoyed. But the dealer was smart. He knew how much my friend had spent over the years and managed to have the shop bill paid by Harley. He told me that he had quietly been considering purchasing a BMW for his next bike, but after this gesture he felt compelled to purchase another Harley for his next one. He recently put down 35 Grand on a loaded 2010 Electric Glide Ultra Limited.

More than ever it’s about customer retention. Typically, response on promotions sent to existing customers is six to eight times higher (sometimes more) than promotions sent to cold prospects.
Average sale is substantially higher, too: Sometimes as much as two to three times higher.
Compared to the break-even Return on Investment most marketers get when creating new customers, ROI on promotions to existing customers is off the charts.
So accept it and take the foot out of your mouth: Your Customer is King, God, Buddha, the Big Kahuna. No and, ifs or buts.
If your business is still walking around as if the heydays are here to stay, close up now. Stop  digging your hole any deeper than it already is and go do something else, before you have only one thing left to do and that is cleaning up the mess.

Ask yourself a couple of simple questions:

1. Do my promotions and advertising tell nothing but the truth.
Promotions that create unrealistic expectations for the product invariably result in lower pay-up on the back-end.
Hard-offer marketers know that over-the-top promises result in much higher cancellation rates and much lower response to secondary sales and renewals.
What can you do to eliminate the gap between your promotional promises and the reality of the benefits your product or service delivers. If at all affordable: Deliver MORE than your promotion promises?

I did everything I could do to resist crawling through the phone and slapping her silly. Instead I went back to the office and called a “come to Jesus meeting” with my reps and set them on the straight and narrow.

3. Does every interaction with your existing customers contain components that strengthen the relationship? Every promotion and every contact must produce profits and loyalty.
My friend the Harley driver returned a $1,700 shop bill with a $35,000 purchase. I think Harley came out ahead on that one.

4. Always use the measuring stick of the cost to build a new customer, with the cost to retain an existing customer with a complaint or disappointment. Do everything possible within that limit to retain customers who have a valid complaint. Be generous if needed.

If you don’t think your customer is KING, get out of the business. Because you’re truly a masochist of the worst kind.