A Little About Some of the Fernandina Candidates 2014

In the News, News, Politics

Here is a little about some of the candidates for the 2014 City Commissioner election in November. We hope you get out and vote on November 4, 2014. 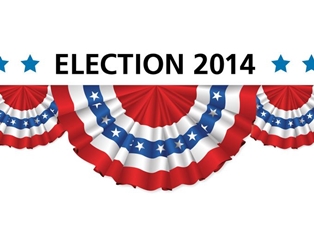 I was able to listen to some of the candidates for the 2014 City Commissioner election in November and thought I’d share my notes in hopes everyone will be a little more informed of the choices and get out and vote on November 4, 2014.

Sarah Pelican is the current incumbent for group 3. She spoke about items the commissioners have addressed while she has been on the board including the 4th of July fireworks, “Light Up Amelia” which also includes adding lights on 8th Street to help beautify the main corridor. The RR tracks were fixed at Front Street for only $22,000, which is much less than it could have been. She also mentioned the deck expansion at the Marina Welcome Center which is becoming a museum dedicated to our shrimping heritage.

Sarah said she ran for City Commissioner because she believed the position needed more fiscal management. She wanted to build up reserves to 25-33% of the annual budget. She added the reserves were being tapped into by the previous commission. Pelican is pround the commissioners spent funds on the Humane Society, the Library rennovation and the boardwalk at Main Beach. Currently, she thinks the bathrooms at MLK are in need of rennovations. Storm water problems also need to be addressed. She is also concerned about the shortfall in the city’s pension plans. There have been conversations to change the plan, but no public information is available at this time. The accountability will show up on the books for 2016 and won’t reflect well in the city’s ability to borrow money.

Tim Poynter was up next and he sat as a City Commissioner from 2009 to 2012. He reminded the audience that he was on the commission when three of the projects Ms. Pelican mentioned were originally started. Time suggested private funding for the fireworks and challenged businesses to raise money and a surplus was raised, proving businesses would step up and handle it and the fireworks could be removed from government funding.

The City needs so many projects, the larger ones should be spread out. He spoke about re-purposing the Forward Fernandina funds and said governments do not wait to have all of the money in hand before projects can happen. He feels lowering the .mil rate sets back the process.

Tim has two businesses in Fernandina. This is his home and he wants to finish projects started in his previous reign.

Tim supports the CRA. Those funds can not be accessed by the County or by the City’s general fund. He said there have been no new projects with the current commission. Money from the CRA can fund other “city financed” projects within the CRA, freeing those funds to be used elsewhere within the city.

He spoke of the new Standard Marine owner who wanted an easement for the sidewalkwent. He went to the commissioners and was told, “Why should I help a rich guy get richer?”

Poynter believes the airport should have a professional manager and work with the CRA. He is not in favor of 500K tons of coal and a big expansion for the port. He believes they lost a big customer and they should work to replace them. He said Fernandina would benefit from being a Port-of-Call, but not as a demarktation or terminal environment. He added the port is not in a great location to consider expanding.

Roy G. Smith was the third candidate to speak. He was not happy with the current commission and felt the only thing they have accomplished is now you can eat with your dog at restaurants within Fernandina Beach. Returning low interest funds was a mistake and the pension problem is on-going. He thinks the benefits and retirement plans can be adjusted for current and future employees.

Smith loves downtown and believes this is the best selling part of the city. Having spoken with business owners, he agrees the city is not business friendly. Viable businesses are needed to bring tourists dollars and “people” downtown, but without viable downtown businesses, there is nothing to draw people downtown. Roy also supports the CRA, but would like to expand it to include 8th Street, too.

Roy’s background is in infrastructure and he believes the Fletcher drainage problem is sad. He thinks some pipes and the sewer system needs to be realigned.

In closing, he assured the audience he will do something and can make the tough decisions that need to be done. The golf course and the marina have issues and Billy Casper does not need to be running the golf course. He feels the rates at the course should be raised. He stated the current commission won’t vote on anything. Adding, “You can’t run the city like it’s 1960; this is 2014.” He is retired and will be a full-time commissioner. Roy Smith is the one who caught the application for the coal permit and brought it to the commission’s attention.