Even though banks are still slow to make much needed loans to regional businesses, European economy is in recovery. 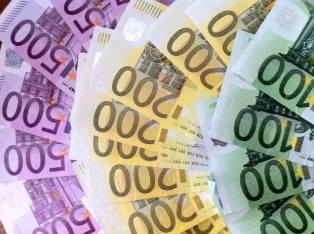 Is Euro enjoying an economic recovery?

You may be enjoying this long respite from reading about the European debt problems, which just a year ago still scared many observers into thinking that the world was on the edge of a deep economic malaise.  The last time Europe made headlines, Greece was going bankrupt, France had its pristine AAA credit rating downgraded, Spain was wrestling with unemployment north of 20%, Italy was insolvent and everybody south of Germany was mired deep in economic recession.

So where are we now?  The Financial Times of London recently took a hard look at the current situation in Europe, and found that the reports of Europe’s demise may have been exaggerated.  In fact, it says that when the Eurozone’s gross domestic product data are released in the coming week, we will see positive figures after 18 months of gloomy negative growth rates.

Among the hopeful signs: manufacturers in the 17 countries that use the euro currency have reported their biggest increase in output since 2011, and Greece, the epicenter of the original crisis, has qualified for its next batch of rescue loans totaling 5.8 billion euros as it sells off (or privatizes) government-owned corporations to pay its debtors.  Spain’s unemployment rate has recently fallen for the first time in two years and even troubled Portugal, where political opposition to austerity threatened its ability to receive a global bailout, now seems to be back on the tracks of economic reform.  Perhaps the best news is that France’s finance minister recently announced the end of recession in the Eurozone’s second-largest economy, with second quarter 2013 growth of 0.2%.

Of course, there are still problems that could derail this still-fragile recovery.  Perhaps the biggest is the continent’s banking industry, where banks are still avoiding having to fess up to their losses on sovereign debt, still cleaning up their balance sheets and are slow to make much-needed loans to regional businesses.  Greece and Spain are still burdened with 27% jobless rates, and Italy is still mired in recession after a 2.4% GDP decline in 2012.

Those of us who have read more about the Greek economy can finally dare hope that the break from scary headlines continues.  Interestingly, most of the reports that talk about rays of hope in Europe also mention, in passing, that the U.S. economy has been the sole engine of growth in an otherwise troubled global economy.  That, in itself, is something to cheer about.