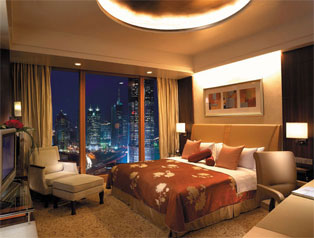 Per a Bloomberg.com article, spending in the U.S. on luxury goods and services spurted 29 percent in the third quarter from the previous three months, as consumers with the highest incomes unleashed pent-up demand. This is according to Unity Marketing, specialists in Consumer Tracking Data.

Spending among 1,067 consumers with average annual income of $228,800 rose to $18,826 each in the three months ended in September from $14,554 a quarter earlier, the Stevens, Pennsylvania-based luxury-market research firm said today. Shoppers cut spending by 3.2 percent in the second quarter and spent $13,429 in the third quarter of 2008. The increase was driven by consumers with the highest income¬†levels, starting at $250,000 a year, said Pam Danziger, Unity‚Äôs Marketing‚Äôs president. Spending was strongest in the home, travel and dining segments, she said.

The wealthy curbed purchasing earlier this year because of Wall Street job cuts, lower home values and volatile financial markets. ‚ÄúNo question that this quarter‚Äôs spending increase is good news for luxury marketers,‚Äù relates Danziger. ‚ÄúMany affluent consumers returned after sitting on the sidelines for a year. However, the richest are few in number, 2.5 million households, so competition will be fierce to win their attention.‚Äù

U.S. luxury sales rose 3.4 percent to $891 million in September from a year earlier, the first such gain since August 2008, according to figures provided today by credit-card company MasterCard in its SpendingPulse report. Last month, those sales fell 13 percent from the previous year. The luxury category covers apparel, leather goods and department-store sales at the highest 10 percent of prices. SpendingPulse measures retail sales across all payment forms, including cash and checks.

Unity Marketing said purchases increased in all but three of the 22 product and service categories it tracks.
The highest-income group spent an average of $43,111 in the latest quarter and the lowest-income group tracked, with earnings of $100,000 to $149,999, spent an average $10,423. The three categories that didn‚Äôt gain were fashion accessories, fashion apparel and art, Danziger said.

Interestingly though consumer confidence among luxury consumers slowed‚Ä¶.might just be a last Hurrah in a world dominated by Media manipulation. I personally wonder what the numbers would be for an upscale community such as Amelia Island. Considering that some of the higher priced restaurants are biting at the bit for business, the same trend may not apply here.