Afghanistan, the Millstone Around America’s Neck

Obama is discovering that oil and minerals can create major problems that stretch from Afghanistan to the Gulf of Mexico. 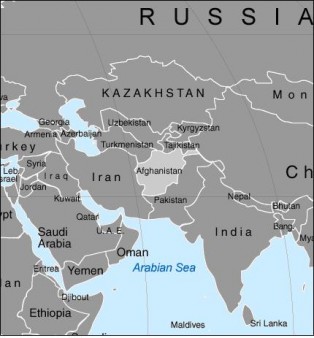 The landlocked location of Afghanistan does not support economic stability

I thought I was running out of time with a story on the magical Afghanistan discovery by the Pentagon of at least $1 trillion in metals and minerals last week. I almost swallowed my tongue and sanity when this abberation hit the news headlines last week in a White House effort to spin a positive tale in an otherwise dismal chapter in American History. If not for an overload of local stories to fight for space and attention, I would have published the following retort last weekend.

But now that Obama keeps blundering into the next huge mistake by letting Gen. Stanley McChrystal hand in his resignation as top military brass in Afghanistan, this story becomes more timely than ever. Obama desperately needs good news from Afghanistan. The war is 9 years old and counts an increasing number of casualties each month. This month is the worst so far with 69 in total and 43 American boys. McChrystal, who carries the total support of all parties in charge of easing and ending the conflict, gives an interview to Rolling Stone Magazine, one of the few print media that still is believable, in which he and his staff are less complimentary about Obama and some of his staff, regarding this endless, unwinnable conflict, and another blow is delivered to the issue.

Insiders know that last week’s story about a potential economic future for Afghanistan’s backwater tribal community was completely orchestrated around politics and not investment opportunity. Of course this doesn’t mean the minerals are not there – Afghanistan is known to have a good mineral endowment – but the government’s press release sounds like there is now a good reason to fight this war, even if only to make the country economically viable.

Besides the fact that it will take time for any real discoveries to be made, especially given the time required to draft a workable mining law and for physical security to be established in the country, it would be good to study the geography and location of Afghanistan a little closer. I have crossed that backwater tribal country several times in the long gone years that this was still possible without too much danger, when Iran still had a Shah and the Butthos were a progressive force for democracy in that part of the world, and I can honestly say that if that country, and that is a word I don’t take lightly, can ever rise above a backwater tribal society, it will take more that a trillion dollars worth of metals and minerals.
It will take another political structure that allows the country to be less landlocked and build an infra structure that can support access to and from the mining fields. 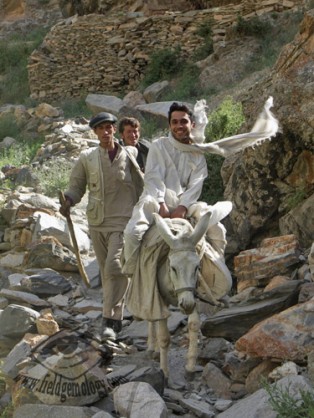 And they even dressed up for the picture...

That mineral deposits are in abundance in Afghanistan has never been in doubt. The country’s geological profile has always hinted at massive underground resources.
But even with more than 200 mines in 2006, its mining industry is primitive. Most activity is “artisan” – meaning that miners equipped with shovels and picks dig up ore and transport it in wheelbarrows. This may work on a limited scale for precious and semi-precious stones. But it is not how you develop world-class mineral deposits or attract investors.

What About the Lithium?

Enormous quantities of lithium have been discovered in dry lakebeds in southwestern Afghanistan – quantities that may rival those in Bolivia, the release reveals. Bolivia is said to contain half of the world’s lithium. (In fact, for those who remember, last year it was Bolivia’s turn to be hailed as a possible Saudi Arabia of lithium.)
But Bolivia’s lithium isn’t yet being developed.  And when it is, it probably won’t be on a large scale. Why? For the same reason that plagues Afghanistan’s mining industry. Bolivian lithium is too remote. It’s cheaper to develop it in Chile, a country that has a better infrastructure and is closer to the sea.

In theory, a rail line could be built west to Iran or north to central Asia or South to Pakistan, but there are a lot of political obstacles to that approach. Too bad the minerals found so far are not in locales where that could be done easily. Plus, while a new rail line is possible, it would drive the cost of mineral extraction dramatically higher. And for investors, the payoff would be years away.

So Why All the Press?

As I said, the Obama administration is desperate for any good news out of Afghanistan. But anyone who knows mining understands that there will be little or no progress made in developing the country’s minerals.
The media coverage the Afghan mining industry has been getting is more about politics than investment opportunity. The next headline will be that the the U.S. is playing the mineral-development card in negotiations with the Taliban, with promising news that in return they will abandon poppy cultivation as their number one cash crop. When I read that headline I will probably swallow my tongue for real, because than I know that we just jumped into the abyss.

So in the end it is actually embarrassing to witness such a blatant and disingenuous attempt at manipulating the minds of the masses. It is frankly undignified and embarrassing. But then again, so is spending trillions of dollars fighting wars that should never have been fought in the first place. I know Obama didn’t start it, but he should not have applied for the job if he was not going to put an end to it.
I guess Washington DC is in the end a Drug of Choice.