Government, In the News

AIFBY Chamber also reiterated its support for the current ordinance's prohibition against snipe signs and for better enforcement of the sign ordinance. 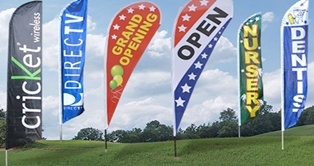 Yulee, FL – Abe Hassan, owner of Junior’s Seafood Restaurant & Grill on the A1A corridor in Yulee, knows how important a sign announcing specials can be in increasing traffic for a business. But, he added, it’s equally important that there be standards.

“It needs to be something that’s classy, not trashy,” he said. “That’s important.”

Finding that middle ground has been the goal of the Amelia Island-Fernandina Beach-Yulee Chamber of Commerce as it has provided input to the Nassau County Planning & Zoning Board and Growth Management Department as they have been considering changes to the sign ordinance for the SR 200/A1A overlay which stretches from west of the Shave Bridge to the interchange ramps at Interstate 95.

“Both as property owners and residents, Chamber members wholeheartedly support the overlay’s goal of making sure ‘sign clutter’ doesn’t occur along A1A,” said Wynn Fendig, chairman of the AIFBY Chamber Board of Directors. “And we also support the design standards that are in place. We all want attractive, safe signs on A1A.”

But the Chamber also believes strongly that the ordinance must be practical in cost and design and allow businesses a fair chance to be visible to fast-moving traffic along the roadway, Fendig added.

After consulting with business owners and growth management staff, the Chamber’s Board of Directors in August sent a letter to the Planning & Zoning Board outlining its recommended changes for making the ordinance more workable for businesses along A1A. Some, but not all, of those recommendations were approved by board during a workshop on Tuesday, September 2.

Among the changes endorsed by the board were:
* Allowing banners to be displayed between a stand-alone, capped anchor with two, 2-foot wide, 6-feet high permanent columns. Those banners can be changed as often as the business wants.
* In the few instances where businesses along A1A also front another street as well, allowing those businesses to have signage on the second street.
* Allowing businesses to put up flags without getting a special events permit. A parcel or shopping center is permitted a maximum of up to three flags (on one pole or multiple poles), or up to two bow flags not to exceed 10 feet in height.
* Allowing businesses to apply for permits for special event promotions four times a year. Those events can last for up to 60 days.
* Allowing businesses whose frontage exceeds 400 feet to have an additional monument sign for each additional 100 feet, up to a maximum of 6 signs for the entire property.

The AIFBY Chamber also reiterated its support for the current ordinance’s prohibition against snipe signs and for better enforcement of the sign ordinance.

“We were pleased that language was added that Code Enforcement would be proactive in enforcing the sign ordinance along A1A,” said Chamber President Regina Duncan. “That’s one of the biggest things our members have been asking for — fair and consistent enforcement.”

While the Chamber had recommended that design standards be developed to allow electronic signs along the corridor, the Planning & Zoning Board disagreed. Current existing electronic signs will be grandfathered in. Those signs would be allowed to change once every hour instead of once a day as currently allowed.

The changes discussed on Tuesday still need formal approval by the Planning & Zoning Board at a regular hearing. The revised ordinance will also need to be passed by the Nassau County Commission before taking effect.