All The News About The Jaguars That Fits,The Times-Union Prints

All of this coverage and the Jaguars have not played a single game suggests the team's public relations guy has the one secure job in the organization. 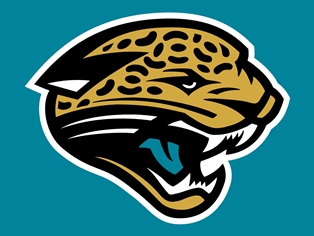 The editor of the Jacksonville Times-Union’s Metro Section apparently didn’t get the memo regarding the paper’s Friday, July 25 edition as his was the only one of five sections that day that didn’t run a story on its front page about the city’s hapless pro football Jaguars along with an accompanying photograph. Even the Money section ran an almost half page article and a three column picture of a Jaguar player.

And it gets even goofier. Last Sunday, July 27, a “Second Coming” headline splashed across Page A1 screamed “THE BIG, BIG DEBUT” referring to the unveiling of the EverBank Stadium’s giant new scoreboards with almost the entire front page devoted to the 362-foot wide video screens with an article on the mayor’s budget squeaking in a few inches of space at the bottom of the page.

All of this is taking place before the team has yet to play a single game confirming my belief that the team’s ecstatic public relations guy has the one job in the organization that is secure. I can only imagine what the paper will look like once the season begins. And hold on to your hats if and when they win a game.

Since the coverage doesn’t stop with the sports section and has spilled over into the other segments as well I can only assume that the paper’s editors are fed up with the IRS scandal, the Hamas-Israel war, the collapse of Iraq, the VA mess, the stock market’s continuing rise, the war in Afghanistan, airline crashes, American’s net worth declining, Russian aggression in Ukraine including a passenger jet shot out of the sky, a struggling US economy, the state governor’s race, and so many other pesky national, state and international events that T-U editors apparently think are a nuisance as they take valuable space and time away from the city’s professional football team that won a total of four games last year. The Times-Union spears to be the team newsletter and lead cheerleader all in one.

Don’t get me wrong. I like sports and started my career as a sports writer for the Tampa Tribune where I covered the first Miami Dolphins training camp. So if the paper wants to continue this massive coverage here’s a few story ideas the editors can chew on for other sections of their paper:
-Tips from wide receiver and repeat offender Justin Blackmon on how to decorate a jail cell to make it feel more comfortable and homey
-How to roll a perfect joint and fool the NFL’s drug testing program
-How to break your contract and word and still generate fan adoration
-How to sell worthless crap from jerseys to baseball caps for outrageous prices to a gullible fan base
-Ways to batter your wife, fiancé, girlfriend without leaving telltale marks
-How to get through three or four years of college while reading at a third grade level
-Player’s favorite DUI attorneys
-Best bars and nightclubs to watch a player get arrested
-Lists of player’s and coach’s favorite clichés
-Investment tips from 21-year-old multi millionaires
-Drunk while tailgating? Tips on how to sober up before the game
-The best rehab centers to meet pro football players
-The most lenient states in enforcing players’ child support payments
-Tips on how to plead theft, battery, and sexual assault felonies down to misdemeanors
-Selling autographs to kids for fun and profit

Oh, by the way, the stadium improvements including the new scoreboards cost $63 million with $43 million of that coming from tax payers in the form of hotel bed taxes, so if you live on Amelia Island or in any of Jacksonville’s other surrounding communities and spend the weekend in the city for a game or any other event, you are helping foot the bill for this extravagance.