ALS is a Devastating Disorder

ALS symptoms may include stiff muscles, cramps, or stumbling. It may become hard to turn a key, lift a coffee pot, or button a shirt. 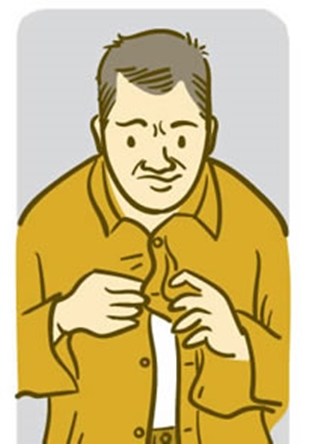 In the summer of 2014, social media was taken by storm with videos of people pouring ice water on themselves for the ALS Ice Bucket Challenge. The worldwide phenomenon raised awareness, and millions of research dollars, for this fatal disease.

ALS stands for amyotrophic lateral sclerosis. It’s also called Lou Gehrig’s disease. ALS attacks motor neurons, the nerve cells responsible for regulating “voluntary” muscles that we’re aware of controlling, such as those in our arms, legs, and face. As these motor neurons degenerate or die, they stop sending signals to muscles. Unable to function, the muscles gradually weaken and waste away.

“At first only a single limb may be affected, such as some weakness in a hand or a leg, or a person may have problems speaking or swallowing,” explains Dr. Amelie Gubitz, who oversees much of NIH’s ALS research.

Other symptoms may include stiff muscles, cramps, or stumbling. It may become hard to turn a key, lift a coffee pot, or button a shirt.

Eventually, all muscles under voluntary control are affected, and people lose the ability to move different parts of their body. When breathing-related muscles fail, ventilation support can help people breathe. Most people with ALS die from respiratory failure, usually within 3 to 5 years after symptoms first appeared. However, about 10% of people with ALS survive for 10 or more years.

Nationwide, more than 12,000 people have ALS. It affects people of all races and ethnicities. ALS most commonly strikes between the ages of 40 and 60, but younger and older people also can develop the disorder. Men are more likely than women to be affected.

In most ALS cases, the underlying causes are unknown. “The reasons why you get it are not really understood,” Gubitz says. “Even a healthy young person can get this disease out of the blue.”

About 10%, are inherited. In 1993, scientists discovered that mutations, or alterations, in a certain gene were associated with some cases of ALS. Since then, mutations in over a dozen genes have been found to cause familial ALS. These discoveries provide new information about the disease that will help guide future research.

Although ALS has no cure, it can be managed to some extent with medication and therapy. In 1995, the U.S. Food and Drug Administration approved a medication called riluzole (Rilutek) as the first drug treatment for ALS. The drug prolongs life by several months, and it can extend the time before someone needs ventilation support. Riluzole doesn’t reverse the damage already done, and patients must be closely watched for possible side effects.

Other treatments for ALS aim to ease symptoms and improve quality of life. For example, an FDA-approved drug combination of dextromethorphan and quinidine (Nuedexta) helps manage intense emotional changes, such as uncontrollable laughing or crying, that are often seen with ALS.

Because the mind remains relatively intact, people with ALS may be keenly aware of their continued loss of function. They may become anxious and depressed. Health care professionals can tailor plans for therapy and equipment to keep people as mobile and comfortable as possible.

While much is still unknown, scientists are working to gain new insights into ALS. “I believe potentially promising approaches for treatment are in the pipeline,” Gubitz says. “Researchers are trying to attack the disease from many different angles, which brings much hope for progress.”