Autumn fishing near Amelia Island causes shouts of joy as keeper size fish were swung over the rail and either released or iced down. 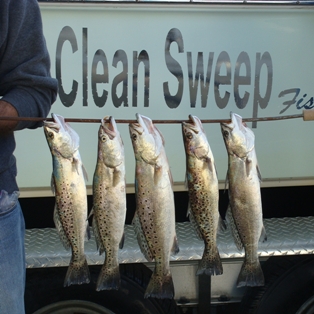 How to Smoke Trout

Last weekend it wasn’t hard to tell that the usual autumn fishing fare of seatrout, flounder, redfish and drum were all in serious biting mode as boats were lined up around the mouth of Egan’s creek. Occasional shouts of joy rang out as keeper size fish were swung over the rail and either released or iced down.

Our crew fished early as the low tide crept in around dock pilings in the Little Piney Island area and we boated and released some thirty, 17 inch, Redfish using local live shrimp pinned to a 1/4 ounce jighead fished right on the bottom. The bite slowed as the 68 degree water rose above the earlier visible oyster beds so we pulled anchor and headed for Egan’s Creek where the seatrout and flounder were biting in great numbers as we floated live shrimp just over the bottom with eight inch balsa floats, and one ounce egg sinkers to take the bait into the strike zone. 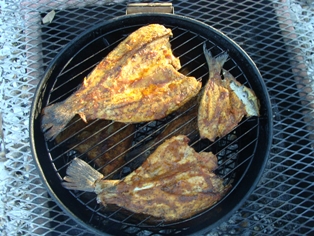 We kept only five of the largest Trout as I wanted to smoke them for the holiday crowd at my house to snack on. The Trout were iced down in a slurry of salt water and ice which causes the blood in the fishes tissue to soak back up into the organs. This removes it from the edible portions thus enhancing the flavor of the meat by eliminating any fishy taste.

At the cleaning table the fish were sliced from the dorsal fin, down the spine to the belly but not all the way through and laid open flat. The entrails were then scraped away and the head removed then thoroughly rinsed. 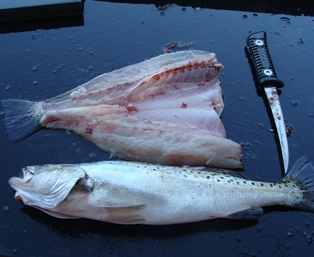 I chose to spice them up with liberal amounts of garlic powder, pepper, Old Bay and hot sauce. Next I laid them in the smoker brushing melted butter across them to prevent drying. I smoked them for approximately two hours at roughly 225 degrees. When the meat turns opaque it can be eaten and different people like different degrees of smoke and doneness.

Many combinations of rub and marinade or sauce can be applied, I like to brush a little A-1 on for about a half hour of smoking to introduce a sweet flavor. True smoking takes much longer and produces a chewier, saltier and well preserved result. During the smoking process of utmost importance is a cold beverage and a fork to be wielded only by the chef to ensure quality control. 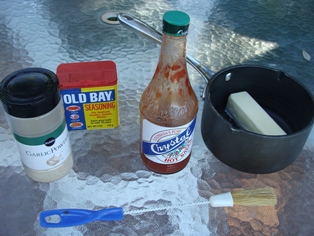 When the fish are judged done the meat can be scraped or picked from the skin and bones and eaten or smashed up in sour cream, cream cheese and minced onions for a marvelous fish dip.

Now is the time to go fishing for various inshore species and offshore we are at the peak of the grouper season. The action can be non-stop and good times are guaranteed. Call me for rigging tips, cooking tips, and most important for the fishing trip of a lifetime for you or and or a loved one for the Christmas season.