"Tourism is clearly the economic anchor for Nassau County. We're the largest private sector employer and generate a significant portion of state and county sales taxes," 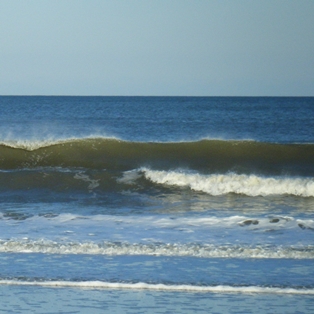 Amelia Island, FL – The Amelia Island Tourist Development Council (AITDC) has reported record-shattering numbers from its lodging partners for the month of July. According to new research, the record-breaking month saw hotels and resorts running at 86.3 percent occupancy – an almost 4 percent (3.6) increase over 2014 figures. Total revenue generated by those stays exceeded $12 million, representing a nearly 11 percent (10.8) increase over the same month last year.

“We’re having a very good year on Amelia Island,” said Gil Langley, managing director of the AITDC. “The numbers we’re generating are what you would expect in larger destinations such as Key West or Miami. And these figures don’t even include vacation home rentals or bed-and-breakfast inns, which are some of our most popular accommodators. We’re anxious to see how well those entities performed in July.”

The July performance follows a record-setting June, in which Amelia Island outperformed major tourism destinations in Florida based on reported occupancy and revenue per available room (REVPAR) figures. For the year-to-date figures, lodging on Amelia Island is at 76.3 percent occupancy, at an average room charge of $227 per night. Revenues are up nearly 10 percent (9.8) over 2014, with $68.1 million being generated in just seven months. REVPAR, an industry standard that indicates the health of the local hotel industry, is among the highest in the southeast at $173.

The AITDC also released their Second Quarter Visitor Profile, which showed 162,500 unique visitors stayed overnight on Amelia Island between April and June. A 5.9 percent increase over the previous year, those visitors had an economic impact on the community of almost $158 million. Most of the overnight traffic was from Georgia, followed by Florida and New York, with Atlanta, Jacksonville, and Orlando as the top three markets.

For the year to date, almost 313,000 overnight guests have visited Amelia Island, a 7.5 percent increase over 2014, generating $295 million in economic impact. That spending supported one in four private-sector jobs in Nassau County and generated 38 percent of the total sales tax collected.

“Our efforts to expand our reach into major northern markets such as New York, Boston and Chicago are clearly paying dividends,” Langley continued. “With the support of the Nassau County Commission, we’ve been able to expand our marketing efforts targeting visitors who stay longer and spend more. We’re excited about the growth of our industry, but want to move forward cautiously to insure that we can sustain this performance.”

Langley explained that while visitation in the second quarter has increased by 35 percent since 2011, economic impact over the same five years has increased by 60 percent. “We’ve been able to generate more revenue without an exponential growth in the number of visitors. Our goals are longer stays with greater expenditures by the travel party and obviously it seems to be generating good results.”