The Amelia Island Chamber Music Festival is hosting their ninth season May 7 through May 30, 2010. 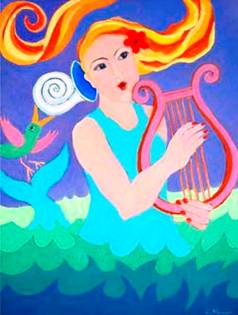 The Amelia Island Chamber Music Festival is hosting their ninth season May 7 through May 30, 2010. The 18 performances, by over 50 internationally acclaimed musicians, will be held all over the island including Ft. Clinch, the Ritz Carlton, the Amelia Plantation Chapel and the Nassau County Courthouse.

Christopher Rex, the Artistic and General Director of the Amelia Island Chamber Music Festival, brings only the highest caliber of artists to our island. These artists perform at venues such as Carnegie Hall, the Kennedy Center, and at the Aspen Music Festival in Aspen, CO. Chris brings them to Amelia Island for us to enjoy their music in much more intimate settings.

Chris and his wife first visited Amelia Island on a vacation when the Ritz Carlton was first built. They fell in love with the quaint downtown area and thought it would be the perfect place for concerts. As principal cellist of the Atlanta Symphony, Chris travels all over the world, but he finds time to spend on Amelia Island as well.

Chamber Music doesn’t have to be a formal affair and there is something for everyone during this festival. The tickets range in price from $10.00 per person to the more formal showing at the Ritz Carleton that includes dinner for $100.00 per person. There are also three free performances scheduled during the festival. On Friday, May 14th, at 11:00am, there will be a performance showcasing the young artists from the McDuffie Center for Strings at the Nassau County Courthouse. On Sunday, May 16th at 2:00pm, there is a performance called “String Fling… concert in the Park” to be held at Central Park, and on May 29th at 11:00am there is a family concert called Elephants, Diembach, and the Viper to be held at the Peck Center Gym. No tickets are needed for these performances.

For a more casual atmosphere, Sandy Bottoms is hosting Beer and G-Strings I on May 24th at 7:00pm, while O’Kane’s Irish Pub will be hosting Beer and G-Strings II on May 30th at 7:00pm. For history buffs, two candlelight concerts will be held at Ft. Clinch State Park on May 18th and 19th. The concert is called American Roots Music – Fiddle and Guitar. They will both be held at 8:00pm.

Take advantage of the opportunity to take in some of the performances. It is a wonderful chance to go out and enjoy some beautiful music without having to fly to New York or Atlanta.

To learn more about the performance schedules and to purchase tickets, please visit the website for the Amelia Island Chamber Music Festival at www.aicmf.com.