My favorite: 'Ronald Reagan created a page: "Trickle-Down Economics" followed by "Half a million upper-income people like this." 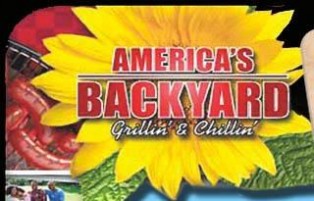 Dancing and Drinking, Grilling and Chilling

I just love creative people. Even with Independence Day out of our fireworks’ system for another year, you have to love what Teddy Wayne, the author of the novel “Kapitoil,” Mike Sacks from the editorial staff of Vanity Fair and author of “Your Wildest Dreams, Within Reason” and designer Thomas Ng came up as a Facebook spoof called “Like it or Unfriend It”, that represents what ‘America’s Wall’ would look like through our history. The New York Times published it a couple of days ago.

Beginning with ‘Christopher Columbus wrote on America’s wall: ‘This IS India, right?,’ through ‘America added Great Britain to Kingdoms I am Fighting With,’ through ‘The South has changed its privacy settings to accept carpetbaggers,’ and finishing with ‘America stopped playing the game Wild-Goose Chase While Nation-Building,’ and ‘America has joined the China Network’ the wall includes dozens of invitations, likes, posts and changes to privacy settings that shows a summary of American history as seen from a Facebook perspective. 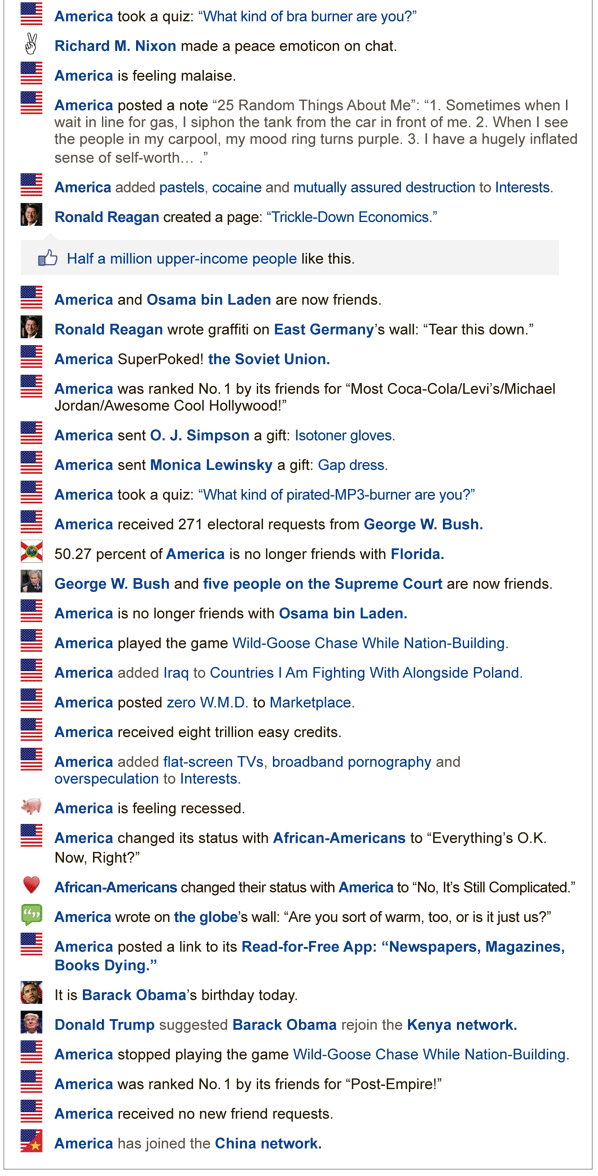