An Affordable Night at the Movies

Any movie in the theaters or program on TV can now be watched on or via the Internet at a price tag that allows space for a ton of popcorn. 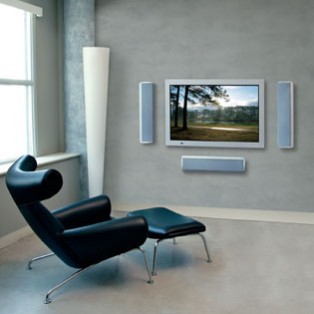 Not my idea of a cosy setting but clean and sharp

Have you been to a movie lately?  The cost just seems to have attached itself to a shuttle launch – up and up.  For a couple to go to a movie, enjoy a large popcorn and a couple of sodas, you are talking twenty five to thirty dollars with blinking an eyelid.  The silver screen is turning into the golden screen for operators and movie producers

I was talking with one of my agents the other day who told me about a blue ray player he just bought.  It was tied into the Internet and he could simply choose from hundreds of movies and then down load and watch them.  He invited me over last night for a night at the movies.  First let me tell you, he was not kidding when he said there were hundreds to choose from, there are.  Secondly, the quality was actually better then I’ve ever seen on any silver screen in any theater.  The sound? Well he invested in a sound system that comes with a set of head phones that produce a sound quality you won’t easily get in a theater.

I have learned in the meantime that there are many people out there who have set up their own home theaters.  Instead of going out for a night of expensive movie entertainment, they now stay home and enjoy the same for a fraction of the cost. Of course it misses a bit the nostalgia of theaters, but as you get a bit older and don’t necessarily have to impress or oppress your date, there is a lot that can be said for Blue Ray Home Comfort. Philips in the Netherlands developed the technology, and as our publisher who is from the Netherlands says: leave it to rainy little green countries to invent something called Blue Ray.

My friend spends around eight dollars per month on Netflix;  eight dollars per month and you can watch a movie whenever you like.  As for the popcorn, have you priced it in the grocery store lately, it’s not ten dollars a bucket but about $3 for a pack of 6 paclets.  Just as the newspaper industry is falling to the Internet I think we will see the movie distribution industry do the same.  As more and more people become aware of this type of service you will see less and less people in line at the theater.

Now there will always be those who want to see brand new first run movies and of course those who want to take a date to enjoy a movie, just as we still have people reading the newspaper too.  But I wouldn’t be surprised if a decade from now they will have to drive 100 miles to get to a theater. Once again the Internet is changing another industry with an old fashion model into a streamlined new experience. It’s exciting being alive today.