Wall Street players itching on a large stack of "hot money" are buying up everything that can be converted into a massive rental REIT structure. 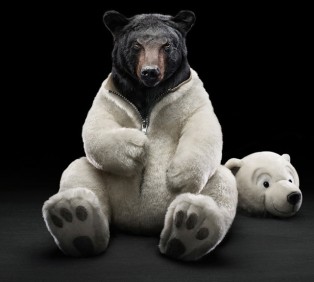 Beware When the Real Bear Chases the Bull Away

I hate to be the turd in the punch bowl, but all this over the top spin-doctored crap about real estate being back in full swing, needs to be exposed for what it mostly is; some Wall Street players itching on a large stack of “hot money” buying up everything that can be converted into a massive rental REIT structure.

Oh sure on the local level there are many opportunities to purchase or sell to both parties’ satisfaction. A good realtor can make a great living right now and probably for the foreseeable future of 2-3 years, if well connected and hard working. Actually if you are in the end phase of a lifelong Real Estate  career, you are ‘awarded’ this time period to conclude your interests and get out.

The 2008 crash scared the bejesus out of many people while causing millions of homes to end up “under water” and countless millions of personal bankruptcies. Main Street Market investors lost their life savings and the aftermath of the bust and the ensuing great recession strangled the popular demand for housing to almost zero. But now five years later there is of course a slightly propped up demand from first time home buyers who desperately want their shot at the “Dream”, as population growth and family development cannot be put on hold forever. Combine that with another Federal Reserve promise to keep the interest rates historically low, and you have to see some excitement popping up in selected markets.

After the boom/bust however it pays to stay vigilant and realize that despite recent rip-roaring price action, the national average home price is still 21 percent below the 2006 peak.

Signs of Excess Popping Up Again

I was watching a HGTV House Hunter episode the other night, which conjured up images of 2005/2006 in my paranoid mind. The scenario unfolded around a single man who was looking as first time buyer to purchase a home in the $350,000 price range. He found a home that needed substantial TLC and close ups of the roof showed severe signs of wear and tear. A “professional” was called in for his opinion, which declared that the roof was still good for 8-10 years. With my layman street smarts, I would say the roof was dead but nobody had written the obituary yet. The whole scene reminded me of the “golden years” when bank appraisers enticed purchase with 125% of the purchase price, just to clinch the deal!. This guy on HGTV reportedly bought the house for $344,900 with $12,000 down and a mortgage payment of $2,300 a month!! That and other examples like the one below, tell me that we’re back at our old tricks of packaging loans that nobody can afford the moment interest rates go up a couple of points. And that they will go up…is inevitable!

The Federal Housing Administration FHA announced the desperate need to ask Uncle Sam for help to the tune of $1.7 billion to shore up its insurance fund. The hole in the FHA reserves comes entirely from losses in the agency’s reverse-mortgage program, a relatively new real estate product to accommodate seniors.

Aging celebrities like Fred Thompson (stack-em, pack-em and rack-em) and Henry “the Fonz” Winkler tell retiring baby boomers that the average reverse-mortgage borrower can obtain $130,000 in tax free cash with a government-insured reverse mortgage and use it to live the retirement of their dreams. A great way to make sure we do not outlive our money, isn’t it?

Well there is an interesting psychological downside to this reversed mortgage phenomenon which American Banker explains as follows:

“Many seniors who received the loans in a lump sum were later unable/unwilling/uninterested to pay taxes and insurance, resulting in a wave of defaults. The reverse mortgage program was projected to have a $5.2 billion deficit this year.” A report issued last November from an independent actuary projected losses for the agency over the next 30 years that will put it $16 billion in the red.
Despite the housing market’s selective improvement, the FHA’s serious delinquency rate is still a whopping 8.47%. The agency insured 27 percent of all mortgages last year, and along with Fannie Mae and Freddie Mac, dominates mortgage finance post-crash.

At the end of the second quarter this year, nearly 24 percent of homeowners were underwater. In parts of Nevada, California, and Florida, the percentage is more than double that.

BUT, Wall Street is in love with Main Street’s houses again.

Not fancy structured financial products stuffed with mortgages of various quality this time; that would not fly too well.

This time, companies like Blackstone Group LP’s (BX) Invitation Homes are buying up homes by the dozen. Invitation has purchased 32,000 homes in 13 markets in recent time, focusing on locales like Phoenix, Las Vegas, and Orlando.
The company has invested $6 billion into single-family detached rental homes that it plans to sell when the market recovers. Blackstone believes housing prices are 22 percent below the 48-year trend line between 1951 and 1999. As William Cohan writes in the Atlantic, “It’s as if the run-up in the 2000s never happened.”

And that is an interesting trend as up until now, the landlord business has always been a mom-and-pop industry. Blackstone counts on technology to professionalize the business into predictable matrices, by for example offering excellent customer service such as 24-hour on-call maintenance. Of course that is not nearly enough for this venture to guarantee success.

Yesterday I wrote about the fact that late 20th and early 21st century governments have assumed and executed with great success their true reason for being (raison d’etre): Facilitating a massive wealth transfer from the Middle Class to the Ruling Elite. In 2008 that process was hugely expanded by “too big to fail” bank rescues. Since then enormous amounts of very cheap money have been pushed to Wall Street, so much actually that over time the money reserves have created an urgency called HOT MONEY, money with a time restraint, which now has made this rental proposition compelling for Wall Street, while tight money for everyone else has cleared the playing field for the big players.

The statistic that investors and first-time homebuyers are driving two-thirds of all real estate activity is crucial, and here’s why: homeowners who actually live in the homes they own offer mental and physical support to the real estate market in tough times. They may improve and expand their home if real estate prices take a dip, but wouldn’t tell the wife and kids to pack up their things because they’re selling the house. Price bumps are largely irrelevant to organic owners.

Contrast that with an investor who views a house as a financial asset, like a stock. As long as prices are rising, he’s happy. But when prices take an inevitable dip, investors offer flimsy support to the neighborhood, because they’re the first to flee. You own next door to an investor’s property, the value of your property depends largely on the investor’s price moves when times get hot.

If you’re in the market for a home and your rationale for buying includes “riding the wave” of recovering home prices, put down the pen and step away from the mortgage application. The sturdy base of homeowners that historically supported US real estate ain’t what it used to be. Until the majority of homes are back in the hands of the families who live in them, there’s serious downside price risk. And if you’re ready to ride that train, a little excitement can lift life’s dull moments after all, be prepared for it to become another roller coaster in the next 2-4 years.