Are We On Our Way to a Totalitarian Society?

When It Comes to the demise of Our Constitutional Rights, we need to pull our head out of the sand and become very protective. 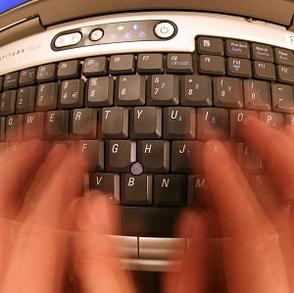 Governements Once Again Shake Responsibility in favor of Expanded Legislation

Across the globe the signs are getting louder by the day that we are on our way to a totalitarian society as so often depicted in science fiction flicks.
In the aftermath of the Toulouse massacre last week, France’s President Nicolas Sarkozy, who is only a month away from an election, argued that it is time to treat those who browse extremist websites the same way as those who consume child pornography. ‘Anyone who regularly consults Internet sites which promote terror or hatred or violence will be sentenced to prison,’ he told a campaign rally in Strasbourg, in eastern France. ‘Don’t tell me it’s not possible. What is possible for pedophiles should be possible for trainee terrorists and their supporters, too.’

Is this really a good move for national security, or just another step towards a totalitarian society that prohibits free expression?” Considering that the perpetrator was already well known to authorities and on the US no-fly list and was picked up by US military in Kandahar in 2010, makes me think that the problem lies in the control system, rather than in the early warning system.
Considering the level of intelligence that goes around Homeland Security officials and Border Patrol I would have to ask the question: Who monitors the monitors?
“Will they also jail the intelligence agents who monitor said sites, or are we just going to witness the birth of another layer of exemptions for “special citizens”, pretty much like how Congress passes a law, but conveniently exempts themselves from it’s application to themselves.”

“Police in Kuala Lumpur detained Hamza Kashgari ‘following a request made to us by Interpol’ on behalf of the Saudi authorities. Kashgari, a newspaper columnist, fled Saudi Arabia after posting a tweet which read: ‘I have loved things about you and I have hated things about you and there is a lot I don’t understand about you I will not pray for you.’ Said tweet sparked outrage in Saudi Arabia and resulted in multiple death threats. “Police confirmed to the BBC that Hamza Kashgari was sent back to Saudi Arabia on Sunday despite protests from human rights groups. Mr Kashgari’s controversial tweet last week sparked more than 30,000 responses and several death threats. Insulting the prophet is considered blasphemous in Islam and is punishable by death in Saudi Arabia. Mr Kashgari, 23, fled Saudi Arabia last week and was detained upon his arrival in the Malaysian capital Kuala Lumpur on Thursday.” Sadly, the most likely outcome is that they are going to execute this man for three tweets.”

Do we have any defense against manipulation of our computer?

Not really.
Search Google for “javascript preload” and you’ll find that it’s easy for a site to download its images to your cache while you’re reading their main page(s), so those images will already be there when you go to other pages that use them. This can materially speed up a site’s apparent response time. But it’s oh so easy to abuse. I can easily fill the browser cache of anyone (who has javascript enabled) with any images or other files that I want them to have, from any other site on the Web. Unless you know how to look through their cache, you’d never see those files and would never know they were there. It is pretty obvious that the technique can easily be used to fill your disks with stuff that may get you fired or fined or jailed. If you don’t believe me, just ask any god Javascript programmer.

The only actual defense is turning off all scripting. Anything that downloads code and runs it on your machine is an easy entry path for such malware, especially when it’s using popular JS features that are there to speed up your web access.

DO YOU SAY WHAT’S WRONG FOR HIM, IS NOT WRONG FOR ME

Sarkozy’s proposal, wrapped in the accusatory comparison blanket of “child pornography and pedophiles” is rapidly becoming a government sanctioned way to frame opponents and contrarians by tricking them into downloading lots of illegal or soon to be declared illegal stuff. Again since elections are on the French President’s doorstep, details on the specifics of the proposal are not available, so I can’t help but think that this is one of those things where everyone is guilty until proven innocent, so  the government can arrest and detain whoever they want and at any time they want.

I am pretty sure that Sarkozy is just making noise to attract some fundamentalist right wingers, since his ride against opponent Le Pen is quite rocky, but giving this “weapon” to US Attorney General Eric Holder, who just recently declared the US Constitution null and void, will soon lead to: “I don’t like this guy. Go arrest him and make sure to get his computer. We don’t have anything on him but we will.”