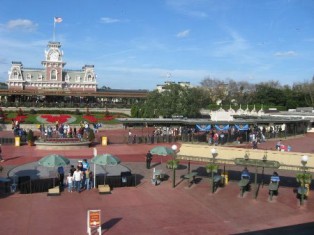 “We Never Forget that you have a Choice”, a slogan that underscores that in the end people do have a choice as long as they are willing to face the consequences.
The slogan was introduced by British Caledonian Airways and comes from the nostalgic days of the late 70s and early 80s when traveling coach on a “bus” plane like discount airline  People Express was more fun than traveling first class these days.

Arizona Tourism officials are now experiencing first hand how the message implies the potential of a boycott and Florida should listen carefully to what Arizona tourism professionals have to say about the new immigration law that goes into effect next month.  Their message for colleagues across the country: Keep close tabs on any proposed legislation that may effect your industry. Set backs come from many angles. What may be presented as politically correct, can effect your life in a harsh way”.

The industry, “blindsided” by Arizona’s tough new immigration law, already stands to lose $90 million or more in meetings and conventions business alone because of it, said Debbie Johnson, CEO of the Arizona Hotel & Lodging Association and the Arizona Tourism Alliance.
“40 canceled groups is just a start that translates into $90 million. More importantly, our phones are not ringing,” she told an audience at the California Travel Industry Association annual conference. “It breaks my heart that a political issue has become all about tourism.” Adding to the woes is that the Arizona Office of Tourism budget was cut by 70% this spring and one third of its staff was let go. “There’s no money” for any advertising, said Johnson, who leads an industry task force that will report to Gov. Jan Brewer June 14 on ways to shore up visitor confidence.

Here are some number comparisons with Florida to consider. Travel and tourism is one of the most important “export-oriented” industries in Arizona.  In 2008 (latest available numbers) spending by visitors generated sales in lodging, food services, recreation, transportation and retail businesses – the travel industry – and secondary impacts (professional services, government, finance, real estate and construction) of a little over $10 billion, employing 310,000 people.

Florida, the world’s largest tourism destination with 76 million visitors in 2004 and $57.6 billion in revenues (latest official numbers?), would stand to loose a lot if it would copycat Arizona’s new immigration law. All things equal to Arizona tourism would point at more than half a BILLION dollars right out of the gates. Of course more enforcement jobs would become available but they don’t generate income. A initial net loss of jobs would be estimated at 15,000 but according to Arizona torusim officials that would only be the start.

The impact of the immigration law will be felt far into the future because of the lead time of convention bookings, said Steve Moore, president and CEO of the Phoenix Convention & Visitors Bureau.
“When groups cancel or don’t book for this year or next, that means we’re out of their rotation and they may not come back for many years,” he said.
Moore pleaded with industry members to stay on top of potentially harmful legislation before it is enacted.
Johnson and Moore said they believe there isn’t much marketing the industry can do in the next month: The law goes into effect July 29, and they are bracing for intense media coverage, more possible boycotts and reaction from jittery meetings and convention planners.
We hope that most of the harm will be in convention and meetings, Johnson said. Because a majority of Americans appear to support the measure, she believes cancellations by leisure travelers disturbed by the law will be offset by those who are not bothered by it, but only time will tell if this reading is correct, she admitted.

Joe D’Alessandro, president and CEO of the San Francisco Convention & Visitors Bureau, told the audience that he struggled unsuccessfully to convince city leaders not to vote to boycott Arizona (several other major U.S. cities have since followed suit).
As far as foreign tourism is concerned, it only takes a couple of wrongly profiled cases and the impact will be astronomical, just ask New York what the impact of over-the-top airport security and immigration has done to their international arrival numbers.

Time for Florida tourism officials to formulate a plan, I would think. Because here is a hint to consider:

During yesterday’s workshop at the Nassau County Economic Development Board it was mentioned that growing superpower Brazil projects ONE MILLION BRAZILIAN visitors to Disney World this year. That is $80 million or so in Admission fees alone. Brazilians are Hispanic and a couple of harassment profilings will put a stop to that number quickly.