Arrest Made in Local Burglaries

Christopher Wines has been charged with burglary, one count of grand theft and one count of criminal mischief in this case. 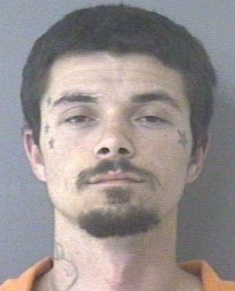 Fernandina Beach police officers responded to an alarm call at All Pro Automotive on February 2nd and found that someone had made entry into the building located at 1852 Sadler Road. Further investigation revealed that tools and other items had been taken from the business by an unknown offender.

A suspect was developed through investigative leads, and detectives were able to work closely with the St. Augustine Police Department and several law enforcement agencies in Georgia to determine the whereabouts of both the stolen property and the suspect. Investigators then traveled to Georgia and spoke to a subject being held on unrelated charges. The interview produced a confession statement from the All Pro burglary, as well as several other burglaries in the area.

The suspect, Christopher Wines, has been charged with four counts of burglary, one count of grand theft and one count of criminal mischief in this case.

Additional investigation determined that Wines had made several suspicious pawns while in the Fernandina Beach area. Detectives identified several pawned tools as being linked to burglaries in St. Augustine and Wines was also charged with two counts of Dealing in Stolen Property and two counts of False Verification of Ownership.