Arrests Made in Connection With Alabama Football Player

Mr. Odum had a reputation as a mobile drug dealer, making it easy for the victim to locate and ingest the drugs that killed him. 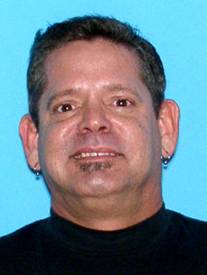 Fernandina Beach, FL – The Fernandina Beach Police Department has announced the arrest of an individual in connection with the death of David Aaron Douglas of Maryville, Tennessee, during a late night open house party in May. Rodney Young Odum was arrested late yesterday and charged with Manslaughter and Sale/Delivery of a Controlled Substance (Methadone). He is currently in custody at the Nassau County Jail, where a bond has been set at $50,000.00.

On May 12, 2011 at 8:13 AM the Fernandina Beach Police Department responded to a residence at 2570 First Avenue and found a deceased male on the second floor balcony, later identified as 21 year old David Aaron Douglas of Maryville, Tennessee. It was later determined that Douglas was a student at the University of Alabama and was a member of the football team.

Police detectives have learned that Douglas obtained transportation to the open house party from a local cab service and that the taxi cab driver, Rodney Young Odum, gave or sold prescription medication, specifically two Methadone pills, to Douglas during the cab ride. The Medical Examiner’s Office has determined that the cause of death was multiple drug toxicity and that the Methadone alone was sufficient enough to cause death, while no other combination would have likely caused death. The Medical Examiner’s toxicology report revealed trace amounts of Carisoprodol, Diazepam, Meprobamate, Nordiazepam, Oxycodone, and Cannabinoids.

The combined opinions of police detectives, the State Attorney’s Office, and the Douglas family were considered in determining that Manslaughter was the most appropriate charge in this case. The victim clearly shares some responsibility for the reckless behavior that took his life. However, Mr. Odum reportedly had a reputation as a mobile drug dealer, making it very easy for the victim to locate and ingest the drugs that killed him. Although it is often difficult to pursue criminal charges in cases involving drug overdoses, this case provides us the ability to send a clear message that we intend to prosecute those that openly dispense dangerous drugs in our community whenever possible.

Law enforcement is currently working with the Florida Attorney General’s Office and the Governor to change our statewide reputation as a pill mill, and to strengthen the laws and procedures that lead to prescription pill abuse.

On June 21, 2011, four residents of the house (photographs below) were charged with allowing an open house party wherein at least sixteen (16) persons under the age of twenty-one (21) were known to be present and allowed to consume alcoholic beverages and/or narcotics by those in control of the residence. 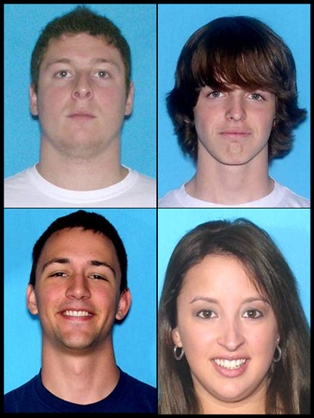 Adults are reminded of their legal responsibility to limit alcohol consumption to those over the age of twenty-one (21) in areas under their control, to include private residences. They should also be aware of the potential for a variety of issues related to health concerns and impaired driving once individuals leave the premises, as well as the possibility of civil liability.

The Fernandina Beach Police Department has a very proactive policy regarding the enforcement of alcohol and narcotics laws, and encourages residents and visitors to call the police department to report open house parties and reckless behavior of this type. Because these incidents can sometimes result in a variety of negative outcomes, such as violent fights, accidental injury, sexual assault, domestic violence, DUI related traffic crashes, multi-drug toxicity deaths, vandalism, and extensive littering, it is entirely appropriate for police officers to monitor the activity and confirm that no laws are being broken.