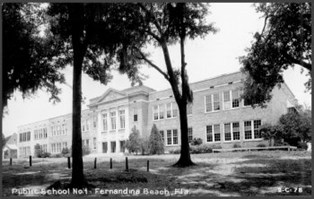 The 2008/ 2009 school year for the Atlantic Avenue Elementary public school is being marked as its last. This historic landmark is celebrating its last few days of children gracing its halls and classrooms as teachers and faculty alike prepare to move their classrooms to one of two new homes. Classes will be divided between Southside and Emma Love Hardee elementary schools currently operating as public schools. Portable classrooms have been delivered and are in the process of being fully operational for returning school children in the fall. So, why is the school closing? First it has been reported that hundreds of thousands of tax payer dollars will be saved each school year by doing so. Consolidation even in our schools makes good fiscal sense especially in our current economy. Lastly the buildings are old and very inefficient when it comes to electricity for heating and cooling purposes. I attended this school from 1982 to 85 and even back then the classrooms were hot during the summer, cold during the winter and leaking when it was raining. So what is scheduled for the Atlantic Avenue School? It has been slated to be torn down. Several buildings however will be spared, the newer structure nearest Atlantic Avenue that borders North 13th Street and the old 2 story school house where the school board is currently operating from. It was unclear as to the fate of the gym and cafeteria or any of the out buildings that once held science classes and the ever popular shop class. Lots of memories were made by all who attended this school regardless of the time period attended, Atlantic elementary you will be sadly missed.