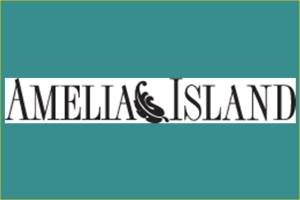 The pancreas lies behind your stomach. It’s surrounded by the intestines, liver, and gallbladder. These neighboring organs work together to help you digest your food.

FSCJ Speakers for Life as We Climb

Amelia Island Book Festival and the Boys & Girls Clubs have teamed up to put on an event featuring four authors, covering four areas of the creative arts – poetry, graphics and illustration, fiction novels and playwriting.

Exploring the Biology of Relationships

Wide-ranging research suggests that strong social ties are linked to a longer life. In contrast, loneliness and social isolation are linked to poorer health, depression, and increased risk of early death.

Take Stock in Children moves into the New Year with a major scholarship drive underway and has moved its annual dinner from the Fall/Winter holiday season to early March.

Coastal Cottage, Amelia Island’s new home furnishings store, which is located in the Publix Shopping Center next to Staples, opened on November 22nd.

Tai Chi and Your Health

You may have seen the flowing postures and gentle movements of tai chi and wondered what it’s all about. Tai chi is an ancient mind and body practice.

Rotary Sunrise Presents $30,500 Check to Friends of the Fernandina Library

The Rotary Club of Amelia Island Sunrise has now donated over $80,000 to various charitable organizations from its wine and food tasting fundraiser. Activities and planning for the March 2017 event are well underway.

The goal of the clean, modern interface is to promote higher readership and assist the College in student recruitment, retention and communication efforts.