The probability of being injured on the water doubles when alcohol is involved as proven by this Darwin Award nominee. 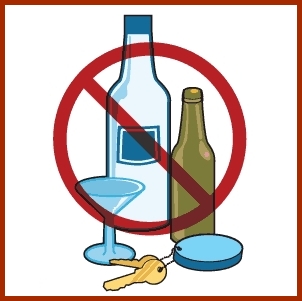 Each year, the Darwin Awards honor individuals who died in spectacularly stupid ways, eliminating themselves and their foolhardy DNA from our gene pool. Here is another example of a past Darwin Award candidate who could have easily prevented his injuries while boating.

Why should you avoid alcohol when boating? The probability of being injured on the water doubles when alcohol is involved and studies have also shown that the effects of the sun and wind can make you feel as if you’ve consumed more alcohol than you actually have.

And the Darwin Award Goes to…
In the mid-1980s, a man sailing on the research ship Regina Maris planned to study whale populations in Greenland. But after a few too many one night he had the inspired idea to try jumping from ice floe to ice floe in the frigid waters of the North Atlantic. His drunken idea quickly turned to danger when the ice crumbled beneath his feet. He was eventually rescued, but he might have died if he had stayed in those freezing waters for just a few minutes longer.

The Bottom Line: Don’t drink on the water!