I moved to northeast Florida from the state of Washington in 1995, and although I have taken many trips, I have managed to avoid seeing snow for the past 15 years. 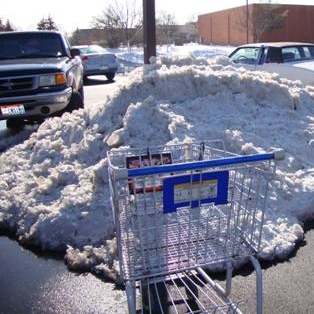 I moved to Northeast Florida from the state of Washington in 1995, and although I have taken many trips, I have managed to avoid seeing snow for the past 15 years. This past Christmas, I decided to book a flight to Ohio to visit my daughter. I thought President’s Day weekend would be a perfect time to go because of the extra day off from work. As the time to go drew closer, I realized that it would not be possible to avoid the snow this time.

Recently it has been quite chilly on Amelia Island, but it is nothing compared to the bone chilling cold of Cincinnati, Ohio. Despite the temperature, I was one of the few people wearing a coat, scarf, hat and gloves. There were people running around in t-shirts. If they had outerwear it was an opened jacket; while I had my long coat tightly buttoned. There were even people wearing shorts!

I had forgotten that even when parking lots are plowed, there are piles of snow and it makes everything smaller. The longer snow is on the ground, the dirtier it becomes. It splashes on the cement walls of the highway and turns black on the sidewalks. The reality is that even though snow is white when it is falling, it does not stay white for long. 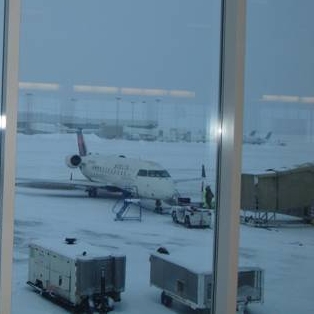 A huge storm blew into town overnight on the day I was to fly home. A dense, wet, and heavy snow fell at a rate of three inches an hour. Driving to the airport became my biggest concern. I was crossing my fingers that my flight would take off as scheduled.

Although there were some tense moments on the drive to the airport, we made it safely. The experience of de-icing the plane is not something that I would like to go through again anytime soon. I am very glad to be back home on our beautiful island where there are some definite signs that spring is in the air!