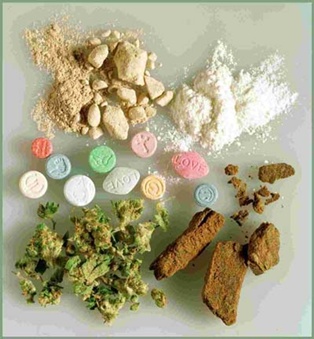 Baby boomers are still turning on to illegal drugs forty years after Woodstock, doubling the rates of illegal drug use by the previous generation, according to a government study released on Wednesday. The rates of people aged 50 to 59 who admit to using illicit drugs in the past year nearly doubled from 5.1 percent in 2002 to 9.4 percent in 2007 while rates among all other age groups are the same or decreasing, the U.S. Substance Abuse and Mental Health Services Administration reported.

“These findings show that many in the Woodstock generation continue to use illicit drugs as they age,” said SAMHSA Acting Administrator Eric Broderick. “This continued use poses medical risks to these individuals and is likely to put further strains on the nation’s healthcare system — highlighting the value of preventing drug use. The study surveyed use of marijuana, cocaine, heroin, hallucinogens, inhalants and prescription drugs used non-medically.

At the other end of the age spectrum, the rate for those aged 18-25 who admitted to using illicit drugs was relatively unchanged at 19.7 percent, from 19.8 percent the previous year and 20.2 percent in 2002. Teenagers also appear to be partaking less frequently, with the rate of drug use among 12 to 17-year-olds falling to 9.5 percent from 11.6 percent in 2002. Among that group, marijuana was the drug of choice, used by 6.7 percent in that age range.

About 100 million Americans have tried marijuana at least once, according to government estimates. While marijuana use in the United States is illegal, a handful of states have approved its use for medical purposes. Don’t expect the White House to consider legalizing marijuana. “The discussion about legalization is not a part of the president’s vocabulary under any circumstances and it’s not a part of mine,” Kerlikowske, Drug Czar, said in a press interview in June.