Back to Base Camp: Episode Two – Victims of the Bubble

When humanity will write the anecdotal history of these times, these countries will have personified the Impossible Bubble more than any Bernie Madoff or "Sir" Allen Stanford. 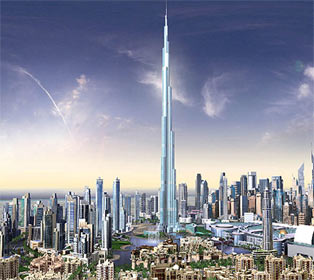 Dubai went back down to base camp

You thought that Bernie Madoff and all his “greedy” investors were a prime example of bubble victims? Think again. First there was a country like Iceland that went down the tubes and now Dubai has found out that Oxygen Deprivation (translate Drying up of Foreign Money sources) is detriment to falling off the cliff.

Bubbles create the “15 minute of fame” fallacy and both Iceland and Dubai had their 15 minutes. Nothing more than a glorified fishing village and a piece of desert a bit more than 10 years ago, both countries hoodwinked the rest of the world with legitimate plans for a quick ascent to the top, only to find out that even though they believed in what they were selling, it was really cheap money and an irresponsible appetite for high risk investments that were the facilitators of their meteoric rise.

When humanity will write the anecdotal history of these times, these countries will have personified the Impossible Bubble more than any Bernie Madoff or “Sir” Allen Stanford.

Even more magical than Disney’s Magic Kingdom, Dubai was in the process of realizing its artist renderings and dreamworld maquettes; the world’s tallest building, the Burj Dubai = Dubai Tower, was re-scheduled to open for occupancy on January 4th, 2010. At 2,684 ft (818 meters), it is the tallest man-made structure ever built. It holds a number of world records, like the number of floors and the fastest elevator at 40mph, which speed would have scared our grandparents into a catatonic state of paralysis.

Earlier this year, the Tower’s management announced that planned construction completion for last September was delayed because of upgrading of luxury finishes! Since the original finishing specs from 2004 were not luxurious enough anymore, they were still keeping their unrealistic pretensions on rapid ascending. I think they were using the excuse, to avoid being exposed for oxygen deprivation (running out of money). The new date for completion was then set for last Wednesday, December 2nd. Well instead of the opening celebrations, an announcement came that the Country is unable to service Dubai World’s debt and for now has returned to Base Camp.

Personally I think Dubai, after a quick re-grouping will find relief in the form of its Oil rich Emirate Partners Abu Dhabi and possibly Bahrain and Kuwait to keep the dream’s momentum going, but Iceland will find itself back into the dark ages of glorified fishing, lacking such resources. Today’s announcement of Kuwaiti’s Investment bank to have divested itself from its $3.7 Billion interest in Citi Group may be an indicator, that they were already awaiting¬† Dubai’s return to base camp for more ‘Oxygen’.

In the global scheme of things,¬† the dream of Dubai World represents an economic shift of major proportions. Here’s why.

When I grew up in Europe the entire focus and attention of Europe was on the US; no attention was ever given to anything happening in the Middle East or Asia. That is rapidly changing as I hear from across the pond. Europeans want to go and see Dubai World and be amazed by its indoor Ski slopes, its underwater restaurants, its Palm Island developments. They can fly there for $200 roundtrip on several airlines, several times a day.¬† No less than 10 years ago Orlando-Amsterdam at a $259 price tag and had a choice of 3 airlines flying the route daily. Today only Dutch Charter Airline Martinair flies the distance 3 times a week at a whopping $800 roundtrip excluding taxes and fees. The Bubble Burst has diverted a lot of interest away from the US and a growing interest in other destinations – investment and tourism wise.

The next question on every economic planner’s mind is now, which other economies are going to be forced back to base camp and clearly that list might be longer than most of us think. It also turns out that the US in the form of a selection of individual states is already in the process of descending from bubble mountain, while other States still have their heads in Bubble Cloud. Here in Florida and even on Amelia Island I can see that reality is finally setting in.

On a global level I would bet Bubble victims like Lithuania in Easter Europe are likely with relatively little impact on the world economic scene as this will be absorbed by the European Union, and then Venezuela, which could have a substantial impact. Chavez by himself is a symptomatic product (or at least by-product) of the bubble. He’s the type of leader who stays in power, because everyone is too busy with their own efforts to race to the top. Venezuela’s problem is now that as a result of Chavez’s policies, the country is down in state-run oil production; once a flourishing banking center, investors are now pricing in the possibility of a banking default and manufacturing is seriously under-utilized as a result of imposed political price controls. Chavez’s administration is running out of steam quickly and the country is on the brink.

In the current economy we’ll see countries and nations voluntarily or by default descent back to an economic base camp and the ones that realize that necessity first, will be met again on their next ride up by the ones that hesitate on their way down (like the US). Monster economies like the US, Europe and Japan, in spite of their giant debt levels, will not go bankrupt, but will devalue their currency’s purchasing power through inflationary pressures. It seems that the US government and financial world have chosen Chronic inflationary pain over Acute Devaluation Pain and once again confirmed that each generation drives its plows over the bones of the death, in spite of pledges to the contrary. Everyone wants to have the economy back on track, no matter the consequences for the coming generations.

We no longer seem concerned about the next generations. Every political, economical and financial decision shows that they’ll have to fend for themselves with whatever we leave for them. As it stands now that will mean an expansion of authority and a hugely swollen bureaucracy. It also proves that the bubble was not created by social influences, but by failure of social conditioning. “Money for nothing and Chicks for Free”.
HiHo