MaVynee Betsch, Amelia Island's own Beach Lady, has been nominated to be inducted into the Florida Women's Hall of Fame. 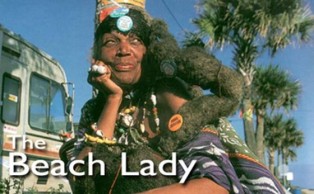 MaVynee Betsch, Amelia Island’s own Beach Lady, has been nominated to be inducted into the Florida Women’s Hall of Fame. Each year, ten nominees are recommended to the Governor who will select three of them for induction.

The Florida Women’s Hall of Fame display is maintained in the state Capitol in Tallahassee and was created to honor women who, through their lives and efforts, have made significant contributions to the improvement of the lives of women, and all citizens, of Florida. The Induction Ceremony will be held March 22, 2011, in the Capitol Courtyard. 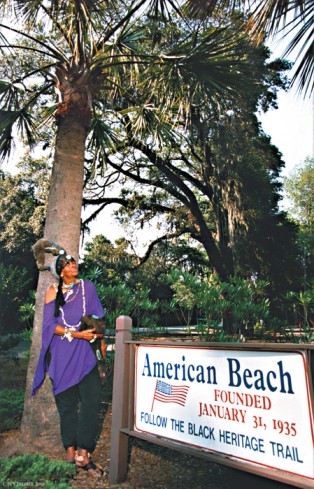 Ms. Betsch was passionate about the importance of nature, native Florida land, and the preservation of American Beach. For years she planted trees along Lewis Street, offered historical tours of the beach, and fought to raise public awareness of the beach and its struggle until her death September 2005. With her 7-foot-long hair draped over one arm, the former opera singer and environmentalist fought valiantly to preserve the dunes and the community from encroaching developers. Before she died, her conservation efforts were rewarded when National Park status was given to the giant sand dune Nana on American Beach. She was also honored posthumously by the Dalai Lama as an Unsung Hero of Compassion.

Established in 1935 by Ms. Betsch’s grandfather Abraham Lincoln Lewis, American Beach was created as a black-only beach community. Mr. Lewis was Florida’s first black millionaire and president of the Afro-American Life Insurance Company. American Beach was one of the largest and most popular vacation areas for African Americans during the time of segregation. The passage of the Civil Rights Act in 1964 desegregated the beaches of Florida and made American Beach less popular as people vacationed at beaches nearer their homes. Many homes and buildings of American Beach were destroyed by Hurricane Dora that year as well. Because of the efforts of Ms. Betsch, American Beach is listed as a historic site by the National Register of Historic Places.