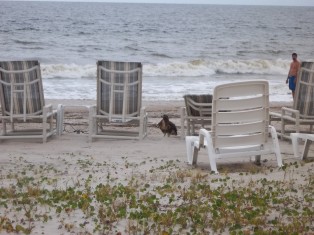 This young Eagle Came to Visit us the Other Day

When renewing our business license for the Inn, the pamphlet below came from the city of Fernandina Beach with the request to post it in all rooms of our Inn. As a reminder I’d like to share the content with you as I walk a stretch of the beach early every morning and notice how much debris and structures are carelessly left behind. This pamphlet focuses on the health and well-being of the endangered turtle population, but includes of course the entire beach eco-environment. Having literally lived on the beach for the past two years I am equally appalled and surprised about what people leave on the beach. I’m not talking about your every day beer can or empty wine bottle. I’m talking about people who have adopted such a spoiled lifestyle that they simply leave pop-up tents, canapes, bicycles, beach chairs, garbage bags, shoes, fishing gear and other debris such as body lotions, left over food. After a day in the sun they don’t feel like cleaning up after themselves and simply leave.

In a nauseating way it sometimes reminds me of that WallStreet yup years ago when I lived in New York, who emptied all his pocket change into a garbage can, and as the coins clanged into the metal can, he grimaced at a homeless guy sitting ten feet away on the sidewalk.

I have no idea why some people leave perfectly good chairs and tents on the beach but it is disturbing. Also disturbing is that beach goers dig holes in the sand (I mean deep holes) and don’t smooth the surface out when they leave. I cannot count the times that guests bruise knees and ankles when taking an evening walk on the beach.

In any case I liked the pamphlet attached and would like to share its contents with you. Still one question left however after reading this: state law requires the lights to be dimmed for turtle season until November 30, but the pamphlet says October 31. Which law prevails? 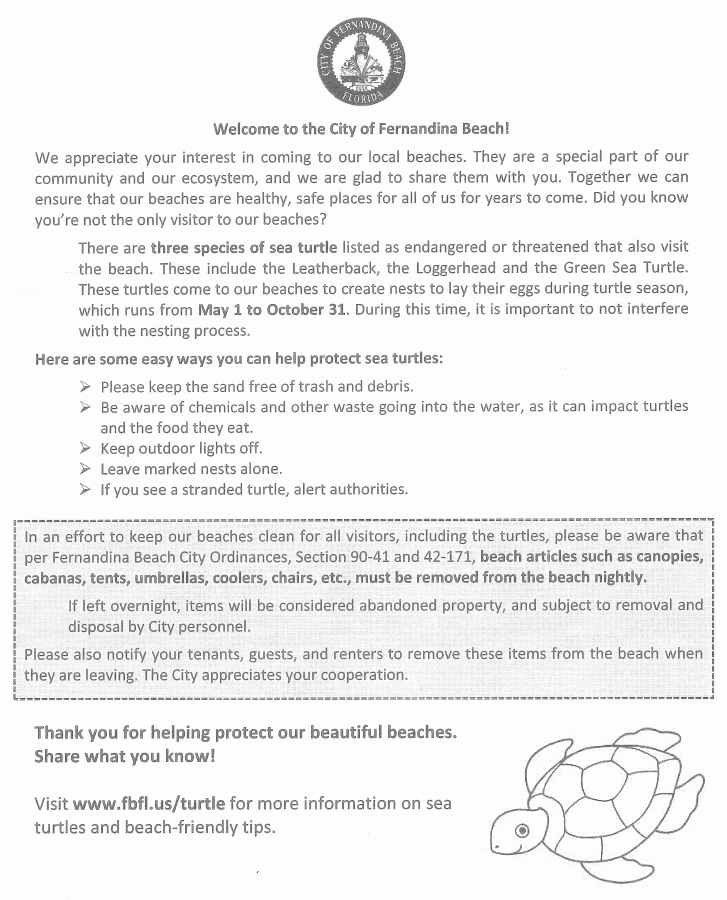