Home prices are down an average 27% from the 2006 peak. But property taxes - which are based on your home's assessed value - are up 12% over the same time period. 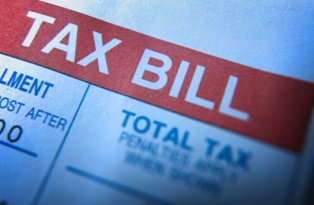 Home prices are down an average 27% from the 2006 peak. But property taxes – which are based on your home’s assessed value – are up 12% over the same time period. Municipalities are running huge deficits, and they figure their citizens won’t fight unjust taxes.

Well, this article gives you several tips for disputing your home’s assessment, and winning‚ “beating your property taxes”. Our taxes in Fernandina Beach are raised again for this year with home values down 35%!

(Money Magazine) — You know that your home’s value has tanked. So why doesn’t the blasted tax man? 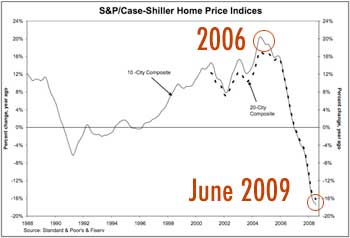 Home prices fell 27% from the 2006 peak to the end of 2008, according to the S&P/Case-Shiller Index, while the amount municipalities collected in property taxes rose 12% from 2006 to 2008. There’s a simple fix: Dispute your home’s assessment — and win. Simple, but not always easy. Municipalities are flooded with homeowners seeking tax reductions, and many towns are reluctant to deliver “because they can’t find money anywhere else,” says Leslie Sellers, president-elect of the Appraisal Institute. That means your argument has to be airtight. Follow these steps to help the assessor see it your way.

Learn what you’re up against

Each municipality’s assessor reevaluates properties periodically, usually every one to three years. (Those who do so every five to 10 years often adjust assessments annually based on market factors.)
You can appeal your assessment in any year, as long as you do so within a certain amount of time after you get your tax bill — typically within 30 to 90 days. Don’t get a bill because you pay through mortgage escrow? Call town hall and ask for a copy.
In a few areas, your assessment must be off by a minimum percentage for you to make an appeal (in New Jersey, it’s 15%). Call your assessor to see if such a limit applies.

First, check the accuracy of your official property record, available online or in the assessor’s office. Factual errors aren’t uncommon. Prove that, say, your house has three bedrooms rather than four, and your tax can get lowered immediately.
Also gather info on comparable homes using real estate sites like Zillow.com or with the help of a realtor. Look for homes like yours within a mile of your address that sold within two months of the municipality’s assessment date (usually Jan. 1) for less than your home’s assessed value. (Forget about foreclosure sales — most towns won’t consider them.) If your home is older or smaller than the “comps” you found, adjust the price down; if you recently renovated, adjust up. Collect five solid comps — more is overkill.

Next, informally discuss your findings with the assessor. He or she is probably inundated by angry homeowners, so stand out by being pleasant. “If you establish a rapport, it will be harder for him to tell you no,” says Melinda Blackwell, a property tax attorney in Dallas. Can’t get a meeting, or the meeting goes nowhere? Time for a formal appeal.

While some municipalities allow online appeals, most require in-person hearings, usually at the county level. File your appeal as quickly as possible so that you’ll be at the front of an increasingly long line. (In Clark County, Nev., for example, 6,019 homeowners appealed their property taxes this year — more than triple the number in 2006.) Can’t get a date until after taxes are due? Pay up; you’ll get a refund if you win.

While you’re waiting, sit in on a hearing to see the format. When your turn comes, you don’t need anyone to represent you. Just give board members a packet with copies of your tax statement, data on your five comps, and any additional evidence. For example, if you’re arguing that your house’s assessment should be lower than that of your neighbor’s because yours has a leaky roof, include photos of both roofs and repair cost estimates.
If you lose …

… and the annual amount you’re being overcharged is at least a few thousand dollars, it may be worth it to make an appeal at the state level. In roughly half of states, you must do so through a state review board; in the rest, you file a complaint in state tax court.

You’ll need a property tax attorney (or a property tax consultant if you’re appearing before a board). To avoid hourly fees of $150 to $400, ask if your pro will take your case on contingency. Most demand half of your first year’s tax savings. But remember: If you win, those savings should accrue for years to come.